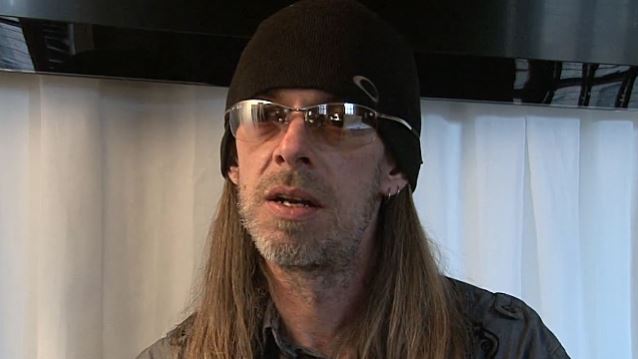 Former PANTERA bassist Rex Brown says that his comment about other groups wanting to be PANTERA was "taken completely out of context."

During a recent chat with Songfacts, Brown was quoted as saying: "Every band out there wants to be PANTERA, I'll just put it that way. I'm not patting myself on the back when I say that; it's just fact. They're trying to get the riffs and they'll never have it. They'll never get it. It takes the four of us. Special. I mean, you can't just throw three of the original guys out of SLAYER and expect to sound like SLAYER, it's just not going to work. Just one of them things, man. You run across that once in a lifetime and you just fight for it, and that's what we did with the band. But it was all about the song. It was all about that melody, that 'catch' that could suck people in."

Writing on his Facebook page earlier today, Brown said: "I did an interview recently that was taken Completely out of context & now I see this...WTF ?? In the interview I said 'Every band out there wants to be 'A' Pantera... That's a Big difference !! Oh well..... The hell with 'em."

Rex added in the comment section below his post: "I'm not in the least 'down' about this... It's rather funny, actually! Just wanted to clean the air, so to speak!"

In a 2011 interview with MetalSucks, Brown was asked if he ever imagined becoming such an integral part of people's lives through his work with PANTERA. He responded: "Never. I mean, it just happened. We just found a hole in the music industry that we could slide through. METALLICA put out the 'Black Album' and it really wasn't that heavy. We just kinda slipped through the cracks and did what we did and got progressively more heavy with every record, instead of the old way, where every record would be less heavy, like, 'Let's go for the hits and try to make all this money.' And it worked to our advantage doing it that way."

He continued: "I was 17 when we formed that band and [it had] kind of a terrible bittersweet ending, you know. We were definitely, uh… how do you say it? How can I say this right? We were definitely one of the 'ground-shakers' in the movement, if not the top, in the '90s. We really tried to go far beyond our dreams, and it worked. Then we all got sick of each other [laughs], and it kinda went south from there. Everybody needed to go to rehab and the whole bit. But what can you do?"

Rex Brown's memoir, "Official Truth, 101 Proof: The Inside Story Of Pantera", was released in March 2013 via Da Capo Press.