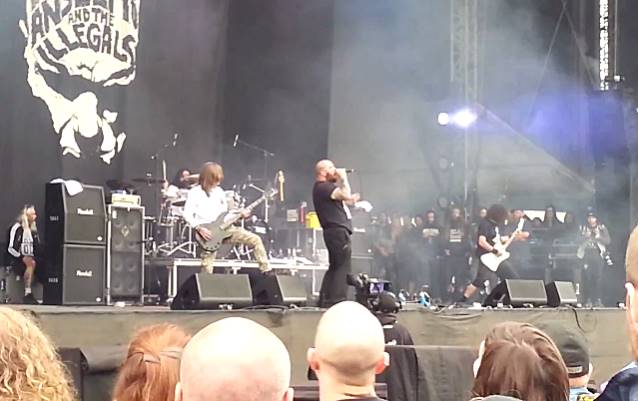 Former PANTERA bassist Rex Brown joined ex-PANTERA and current DOWN frontman Philip Anselmo on stage at the Download festival earlier today (Sunday, June 15) at Donington Park in Leicestershire, United Kingdom to perform the PANTERA classic "A New Level". You can watch fan-filmed video footage of the performance below.

Late PANTERA guitarist "Dimebag" Darrell Abbott's longtime girlfriend Rita Haney in 2011 called on ex-PANTERA drummer Vinnie Paul Abbott and Philip Anselmo to settle their differences in honor of Dimebag, who was shot and killed by a crazed gunman while performing with DAMAGEPLAN at a Columbus, Ohio rock club in December 2004.