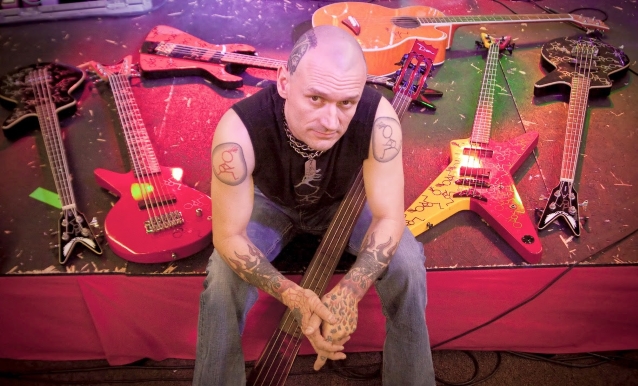 Jones is known in the rock world for his amazing bass techniques and his crazy energetic stage presence, as seen onstage all over the world with several major acts, including STEELHEART, Leslie West, MICHAEL SCHENKER GROUP (MSG), MOUNTAIN and FUEL.

On this album, Rev not only breaks every rule of thought with his bass performance, but he also takes care of the lead vocals with a very interesting sound and style.

Playing drums on the album is "Motor Man" Jeff Martin. Most people know him as the singer for RACER X, but he was also the drummer in BADLANDS. Rounding it off and completing the album trio on guitar is Jim Dofka.

Almost from the very beginning of his career, Rev has been recording and touring pretty much nonstop. He first picked up a bass in 1985 and a couple of months later played his first handful of shows. Shortly after that, he entered the recording studio, and then the following year he hit the road for the first time and realized that was his calling in life.

When Rev is not on tour playing bass, he heads out on tour with THE DESTROYERS as George Thorogood's guitar tech. As he described it: "I have the best second job that there is. I get paid to work with, talk to, hang out with, and watch one of the baddest entertainers ever to step on stage." Rev also plays rhythm guitar offstage on two songs. 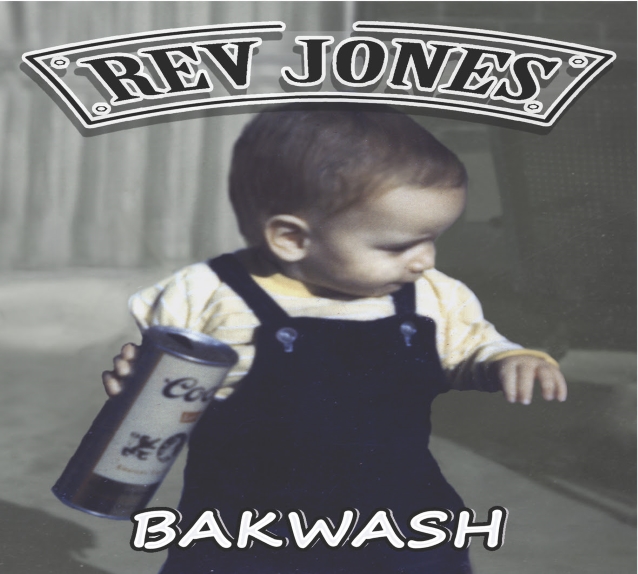