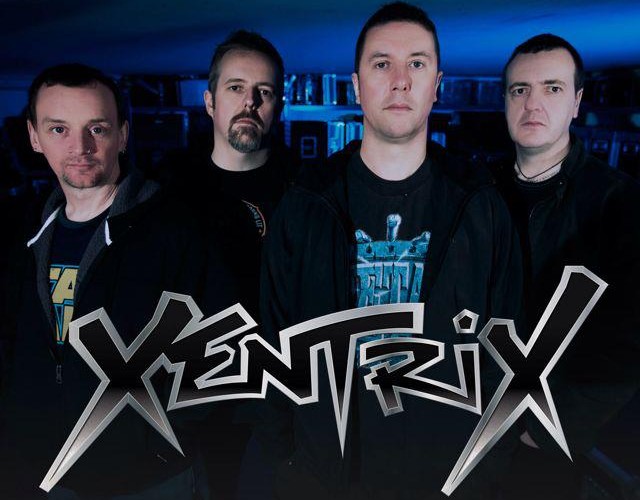 Hayley Leggs of Bloodstock Radio conducted an interview with U.K. thrashers XENTRIX at the Bloodstock Open Air festival, which was held August 8-11 at Catton Park, Derbyshire, United Kingdom. You can now watch the chat below.

XENTRIX played its first show in almost seven years on April 14 at the Moses Gate in Bolton, England.

XENTRIX has had numerous offers to reform over the years but original singer Chris Astley always declined and as guitarist Kristian Harvard stated, "without him, it wasn't really XENTRIX." Astley has since had a change of heart and the promise of recording new material has prompted him to return to the fold and bring back one of the U.K.'s best-loved thrash bands.

XENTRIX previously reunited with their original lineup in 2006 for a two gigs in their home country.