VISION OF DISORDER has set "Dead in NY" as the title of its forthcoming DVD, due on November 11 through Koch. The concert footage for the disc was shot in August 2006 in Levittown, New York.
A two-and-a-half-minute promotional clip for "Dead in NY" can be viewed below. 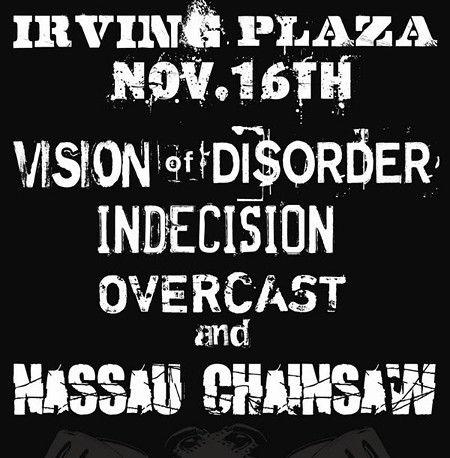