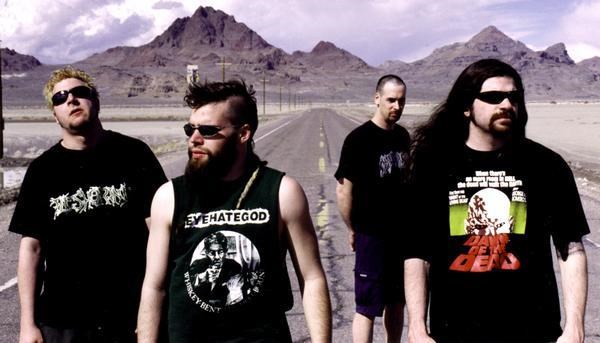 Commented vocalist Sherwood Webber: "We're back. The classic SKINLESS lineup has always had an undeniable live chemistry and it's time to unleash the beast again. We're all old buddies and if we have the opportunity to destroy some stages around the world again, it feels right…. who knows what's next?!? In keeping with the old SKINLESS credo of not giving a fuck… we're back to destroy…. we can't let EXHUMED have ALL the fun!

"Also… if you ever told me that we'd be playing with BRUTALITY when I was 15 years old listening to the 'Screams Of Anguish' tape in Noah’s Camaro, I would never have believed it. This is awesome!!!!"

Added guitarist Noah Carpenter: "This is the lineup that put SKINLESS on the metal map, so it's great to be back. We won't be the road dogs of the past, but we'll be playing some select festivals and drinking all their beer. So sit back, slip on your absorbent undergarments, and let the mayhem begin… again!!!"