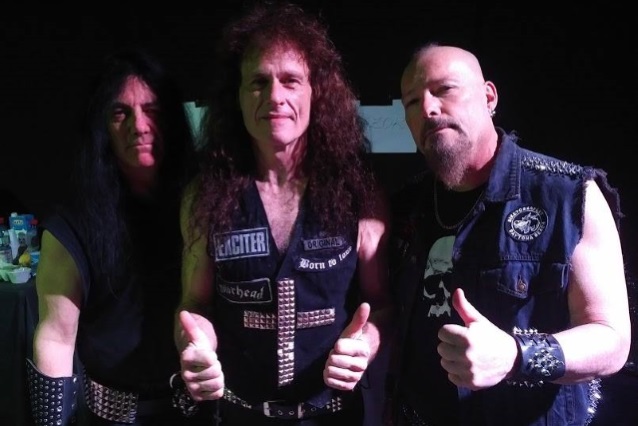 "We just went into pre-production," Beehler told Canada's The Metal Voice in a new interview (hear audio below). "It's taking a long time, because, like a lot of other bands, we don't work on it every day. And with the live shows, rehearsing for that, it's taking a while, but it's getting there. And we're pretty excited about it — we like the material — and as soon as we're done with the pre-produciton, we're gonna go in and start recording it. So I'm sure at some point next year it'll be out."

Regarding the musical direction of the new EXCITER material, Beehler said: "It's hard to say — we're really close to it — but so far I think it's a combination of the [first] three [albums]. It just feels so right to write it. I know the pressure's on us all over the world to make sure that the album is as good or close to those first three, but we're the guys who wrote it, and coming back together all these years [later], it just feels natural to write it. And hopefully everybody will like it when it does come out."

Ricci, Beehler and Johnson reunited as EXCITER in 2014 and have been playing sporadic shows ever since.