On episode 475 of the "Talking Metal" podcast, Mark Strigl conducted an interview with Ricci. You can now listen to the chat using the Spreaker widget below. A couple of excerpts follow (transcribed by BLABBERMOUTH.NET).

On EXCITER's setlist for the upcoming shows:

Ricci: "We've discussed it. I think, initially, our live shows will be just the old classics. We're not trying to be a nostalgia band, but it's timeless music as far as I'm concerned. With the former EXCITER, when we played all the old songs anyway, all the younger fans, they know all the songs, they know all the lyrics. If a 15-year-old fan knows the first three albums, obviously that music's timeless because something has brought that music to their attention. But, initially, it will be just the classics — just one after another, just rip-your-face-off classics — and then we're gonna phase in some new material and do a new record."

On how Beehler's voice has held up over the years:

Ricci: "We haven't actually rehearsed yet. I haven't heard Dan's voice in a live situation since 1993 — only on YouTube or the record that he put out. But when we had our meeting, Allan told me that Dan's voice is better than ever, as far as the octaves that he can hit and the aggression that he has in his voice. So I'm sure Dan's voice is still there."

On when the reunited original lineup of EXCITER will make its live debut:

Ricci: "We're working with a South American promoter. He has booked two shows in South America the first week of October. And it's a triple bill — there's two other bands, and I don't recall their names right now. But right now I think the first live shows will be these two South American one-off shows. I mean, it's not the official announcement — it's not out yet — but it will come soon." 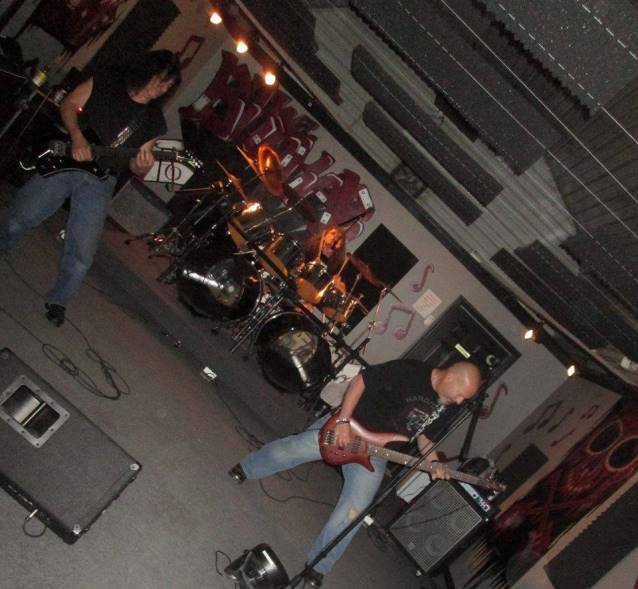