The reunited original lineup of the Swedish hard rock band ELECTRIC BOYS has been confirmed for the Sweden Rock Festival, set to take place June 3-6, 2009 in Sölvesborg, Sweden.

The event's organizers write in a press release: "ELECTRIC BOYS' debut, 'Funk-O-Metal Carpet Ride', was an unprecedented thing on the Swedish hard rock scene in 1989. The blend of heavy rock and funk, influenced by AEROSMITH as well as THE BEATLES, was quite different from both dominant subgenres at the time, hair metal and thrash. The following year, a somewhat different version of the album saw an international release, and the song 'All Lips n' Hips' got noticed — well, internationally. After one more album, 'Groovus Maximus' (1992), guitarist Franco Santunione and drummer Niclas Sigewall jumped ship, but singer/guitarist Conny Bloom and bassist Andy Christell re-completed the band for the release of a third album, 'Freewheelin'' (1994). Sadly, the story ended there, and Conny and Andy rose to even greater fame with Finns HANOI ROCKS (RIP). Now, however, the long-anticipated ELECTRIC BOYS reunion is finally a reality — and with all the original members, no less. For the first time in fifteen years, classics like 'All Lips n Hips', 'Mary in the Mystery World' and 'Get Nasty' will make us succumb to involuntary outbursts of dancing!"

Sweden Rock Festival billing is shaping up as follows: 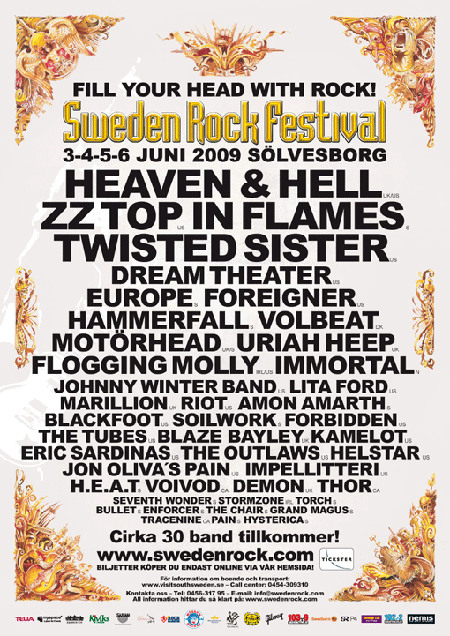