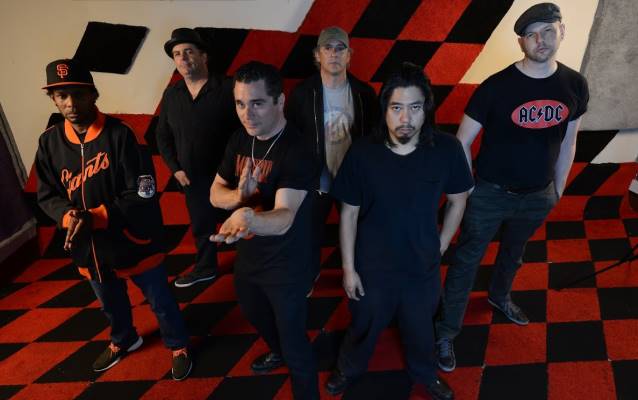 Reunited late '80s/early '90s San Francisco Bay Area funk-metallers MORDRED will embark on a U.K, tour in August. In addition, the band will release a new single, "The Baroness", along with its back catalogue and "In This Live" video, which documents the 1991 sold-out shows at the Marquee in London. They will be made available digitally on August 11.

MORDRED has been on hiatus for a couple of decades and returns with the lineup responsible for "In This Life" and "Vision".

The band established itself as an impressive live act with its first show with POSSESSED in 1984 and looks forward to being on the road again.

"The land of kings is where MORDRED was born, so to us it's always been a blast to know that our greatest supporters are from there as well. We plan to party like it's 525 (A.D.)!" says bassist Arthur Liboon.

With their band name straight out of Arthurian legend and their musical style a genre-hopping mash-up of thrash seasoned with whatever flavors they like the taste of, it's safe to say MORDRED has never been afraid to challenge convention.

The BNR Metal Pages says: Initially part of the San Francisco thrash fraternity of the Eighties, MORDRED starting making a name for themselves by incorporating funk influences to their sound, then quite a novelty. Most of "Fool's Game" (1989) is pretty much thrash (save one song), but the follow-up "In This Life" (1991) is where the new influences (aided by the rap-style turntables of Aaron Vaughn) really come to the fore, giving the album and band a very distinctive style. By the time of the "Vision" EP (1992), internal friction within the band developed, leading to the departure of longtime vocalist Scott Holderby. With new vocalist Paul Kimball, the band released "The Next Room" (1994), a slightly toned-down release compared to their previous efforts. 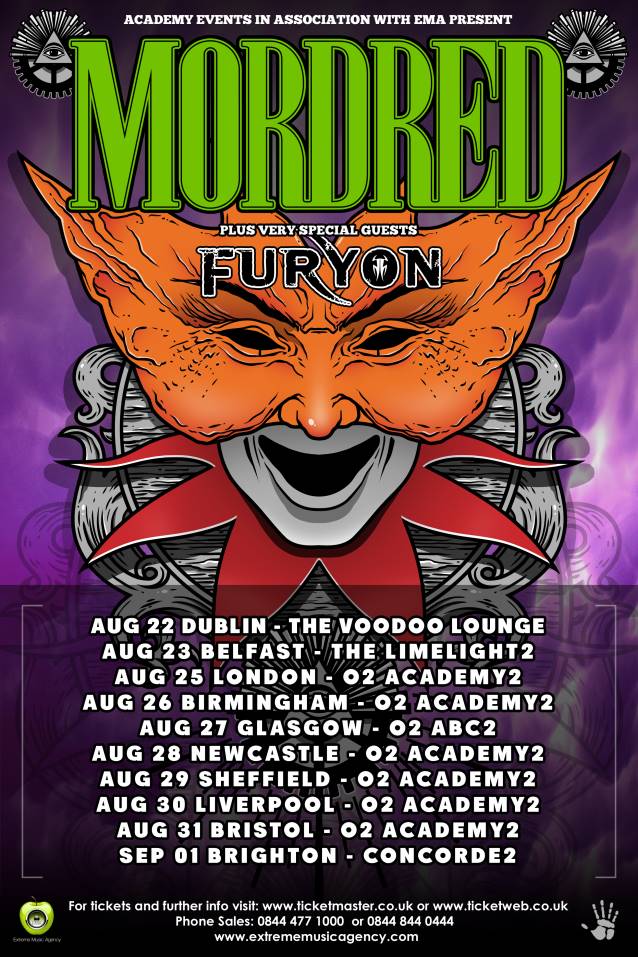