HEXX's current ineup is Dan Watson (guitar), Bill Peterson (bass), Dennis Manzo (vocals) and Gary Gutfield (drums). They will perform songs from their first two albums, 1984's "No Escape" and 1986's "Under The Spell", both of which were released through the Shrapnel label.

HEXX has just completed work on a new demo featuring the songs "Left For Dead", "Lost My Way" and "Drop Away", produced by longtime friend — and former METAL CHURCH guitarist — John Marshall.

HEXX is looking for a label home and plans on recording a new album that is stylistically similar to the band's first two LPs. 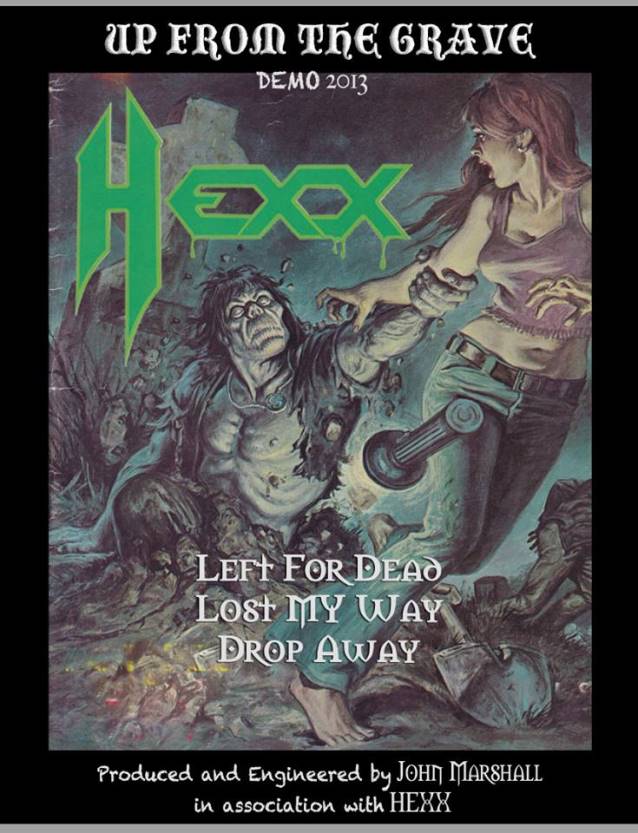