Reunited Swedish sleaze rockers BACKYARD BABIES have inked a deal with deal with Gain Music Entertainment, which is distributed and partly owned by Sony Music. The band will release a new album in late August. A single will precede the full-length effort in May.

"We are extremely happy and proud of our new partnership with BACKYARD BABIES," said Markus Tagaris of Gain." We are confident that together we will lift the band to even greater heights around the world."

The band's latest, self-titled album topped the chart in the group's home country in its first week of release. The CD also entered the Finnish album chart at No. 31. 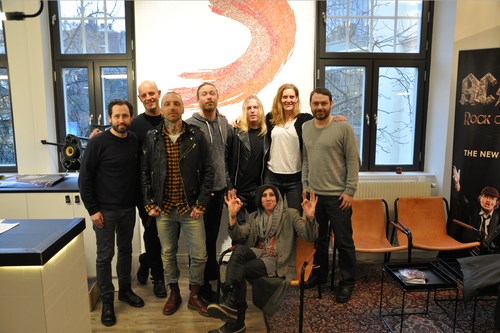