NWOBHM legends AVENGER have inked a deal with Rocksector Records for the release of their third album, "The Slaughter Never Stops". Due on September 1, the band's first new release since 1985's "Killer Elite" was recorded at Blast Studios in Newcastle, U.K. and Leather Bear Studios in Sunderland, U.K. The effort was engineered and mixed by Dean Thompson.

The song "Fate" can be streamed using the SoundCloud widget below.

Brian Ross, Mick Moore and Gary Young founded AVENGER late in 1982 following the breakup of BLITZKRIEG. Their debut single, "Too Wild To Tame", followed in October 1983. Shortly after, lead singer Brian Ross left to join SATAN, while SATAN's singer Ian Swift made the opposite move to join AVENGER.

AVENGER's classic lineup released a debut album, "Blood Sports", in 1984 on Neat Records and toured Europe extensively. The band's second LP, "Killer Elite", was released in 1985, again on Neat, along with three music videos and later a tour of the United States, yet after returning to England, the band split, with Ian Swift joining ATOMKRAFT and Gary Young later hooking up with BLITZKRIEG.

After AVENGER's entire discography was re-released in 2002/2003 by Sanctuary Records, the band reformed in 2005 and has since toured Europe with U.S. rockers Y&T, also appearing alongside TWISTED SISTER, CANDLEMASS, SAXON, DIAMOND HEAD and RAVEN.

Mark Appleton of Rocksector Records says: "Hooking up with AVENGER is an exciting step. On the one hand, the new album is, of course, a much-anticipated event from a band with history and heritage, but also when listening to the song 'Fate', available now as a free download, it's clear how relevant and vibrant this music remains." 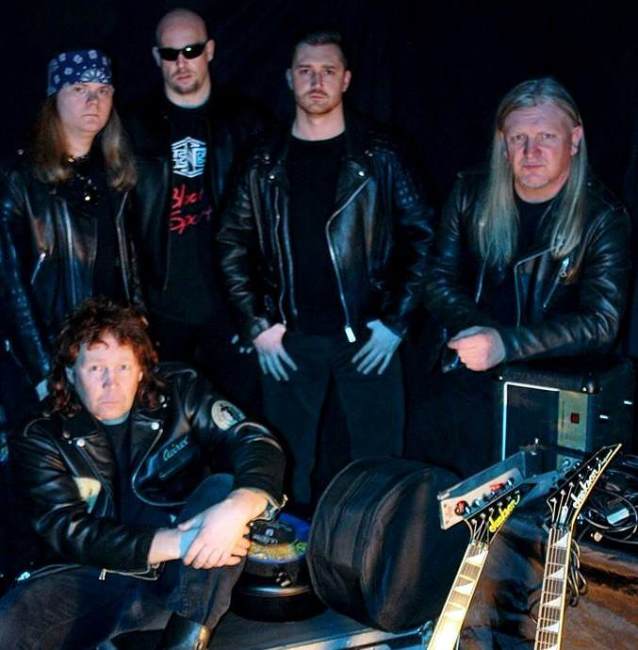