Reunited St. Louis-based progressive/melodic thrash metal act ANACRUSIS will play a a free, all-ages show with all four original members — the first one in over twenty years — on April 18 at T. Billy Buffett's (9004 Overland Plaza; 314-427-1616) in Overland, Missouri. This will serve as the warm-up concert for the group's appearance at this year's Keep It True XIII festival, which will be held April 23-24 at Tauberfrankenhalle in Lauda-Königshofen, Germany.

ANACRUSIS recently spent time in the studio putting the finishing touches on a "new" album, entitled "Hindsight: Suffering Hour & Reason Revisited". According to the band, the two-CD set will feature both ANACRUSIS' debut album, "Suffering Hour", and its second release, "Reason", along with the classic ANACRUSIS demo track "Apocalypse", all fully re-recorded by the original lineup of Kenn Nardi, Kevin Heidbreder, John Emery and Mike Owen. The package will also feature a 24-page, full-color booklet with lyrics and lots of photos both old and new. The cover art was created by Eliran Kantor (TESTAMENT, SIGH, MEKONG DELTA, GWAR) and can be viewed below. 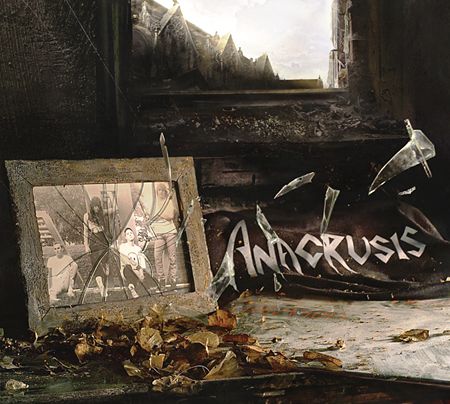