Los Angeles metallers RESISTANCE have been confirmed for the Thunder Of Gods open-air festival, set to take place May 7-10, 2009 on the RP Campgrounds in Dripping Springs, Texas.

The following groups are scheduled to appear, among many others:

RESISTANCE made its live debut with new guitarist Burke Morris on January 31 at the Knitting Factory in Los Angeles as the opening act for KEEL.

Burke Morris joined RESISTANCE as the replacement for Dave Watson (DEATHRIDERS, HIRAX), who left the band last year. According to the group, "Burke has a writing style different from our own, which is what we were wanting. We have been looking to add more variety to our music."

Regarding the songwriting process for RESISTANCE's new CD, the band previously stated, "The next album is going to go more back to our roots of classic metal, but with our own flavor and style. Everyone says their next album is going to be heavier and darker; ours will most likely be the opposite. We want to move RESISTANCE into different directions and explore the vast types of metal which have assaulted our ears over the years. As anyone who knows us will tell you, we aren't looking to be the next big thing. We just want to bring our fans and metalheads in general quality headbangin' shit!"

RESISTANCE's latest album, "Patents of Control", was released in Europe in October 2007 through Lion Music. The CD is a concept album which was recorded at Desert Moon studios in Anaheim, California with engineer Patrick Miller. The mix was handled by renowned producer Neil Kernon (QUEENSRŸCHE, NEVERMORE, NILE) at Rax Trax Studio in Chicago Illinois. It was mastered by Alan Douches at West West Side Music in New Jersey. The track "Paternal Shift" features a guest solo from Jim Durkin (DARK ANGEL) and a guest vocal performance from Loana D.P. Valencia (DREAMS OF DAMNATION) as the voice of The Group Order Device (G.O.D.). 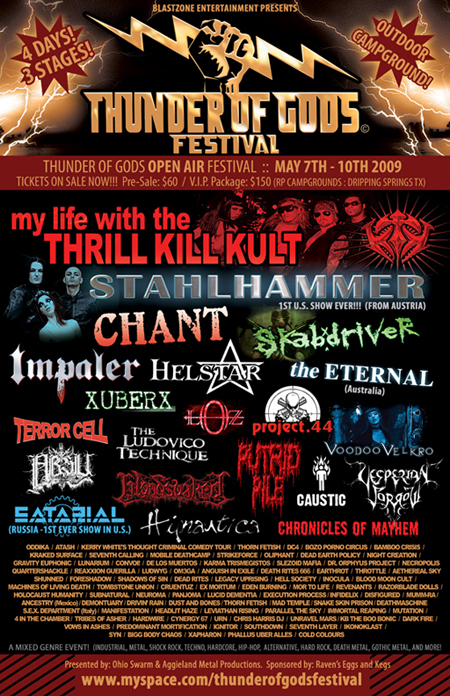