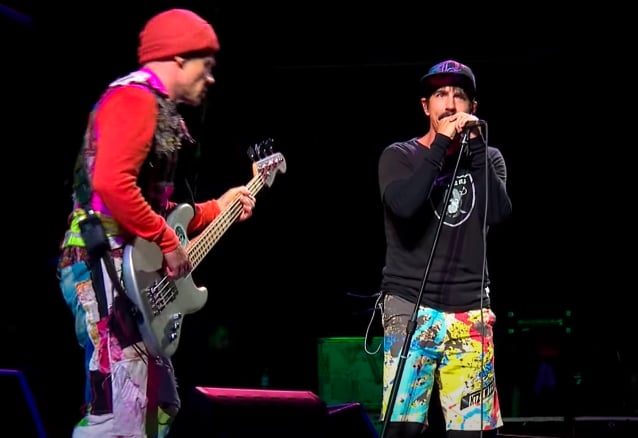 According to Hits Daily Double, RED HOT CHILI PEPPERS have left Q Prime, the heavyweight management company headed up by Peter Mensch and Cliff Burnstein. Going forward, the Anthony Kiedis-fronted act will apparently by repped by Guy Oseary, who also manages U2 and Madonna.

Q Prime, which had managed RED HOT CHILI PEPPERS since 1999, has played a significant role in the success of METALLICA, DEF LEPPARD, and many more. Their management roster currently also includes MUSE, DISTURBED, VOLBEAT and BARONESS.

One of the most successful acts in rock history, RED HOT CHILI PEPPERS have sold more than 60 million albums, including five multi-platinum LPs, and won six Grammy Awards, including "Best Rock Album" for "Stadium Arcadium", "Best Rock Performance By A Duo Or Group" for "Dani California", "Best Rock Song" for "Scar Tissue", and "Best Hard Rock Performance With Vocal" for "Give It Away". The band was inducted into the Rock And Roll Hall Of Fame in April 2012.