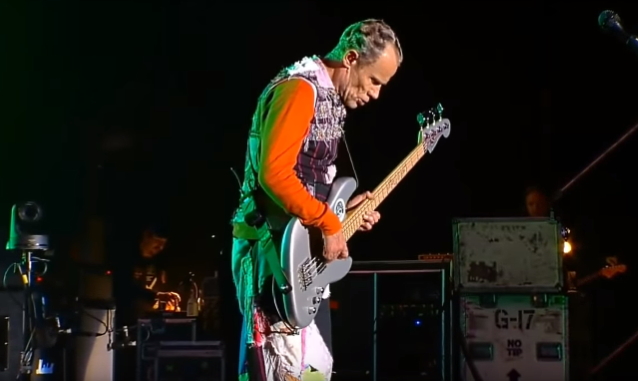 RED HOT CHILI PEPPERS bassist Flea has commented on the return of guitarist John Frusciante and the departure of the latter's replacement, Josh Klinghoffer, after 10 years.

Less than two weeks ago, RED HOT CHILI PEPPERS announced that they were parting ways with Klinghoffer, who played on the band's last two studio albums, 2011's "I'm With You" and 2016's "The Getaway".

When a fan wrote to Flea on Twitter that he "loved the two records with Josh! They were great! Happy to hear John is back though," the bassist thanked him and responded, "I love the records with Josh too. Josh is amazing. And a beautiful man too. And yes John is back. Nature moves and waves are for riding."

After another fan wrote about Klinghoffer, "I hope he knows we all love him very much and we're thankful for 10 years of magic and wonderment," Flea replied, "I know he feels it. We as a band feel the same way."

Thank you so much Yannick. I love the records with Josh too. Josh is amazing. And a beautiful man too. And yes John is back. Nature moves and waves are for riding. https://t.co/tJdZPyUzdA

I know he feels it. We as a band feel the same way. https://t.co/dEkKW7vTFa