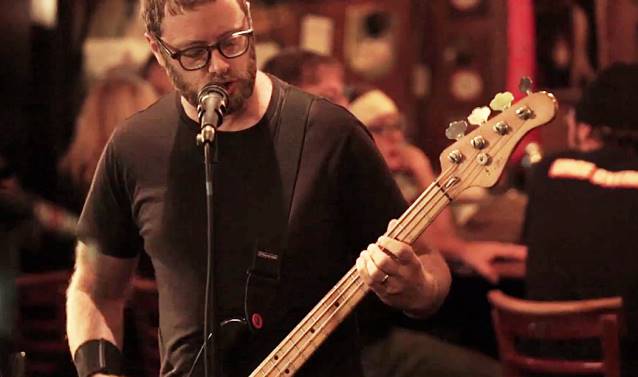 While RED FANG wraps its way across the U.S. on their autumn tour, the rising rock group has released the video for "Blood Like Cream", directed by Whitey McConnaughy. Actor/comedian Fred Armisen ("Portlandia", "Saturday Night Live") joins in the fun with the beer-loving Portland-based band. "Blood Like Cream" is the first single off RED FANG's new album, "Whales And Leeches".