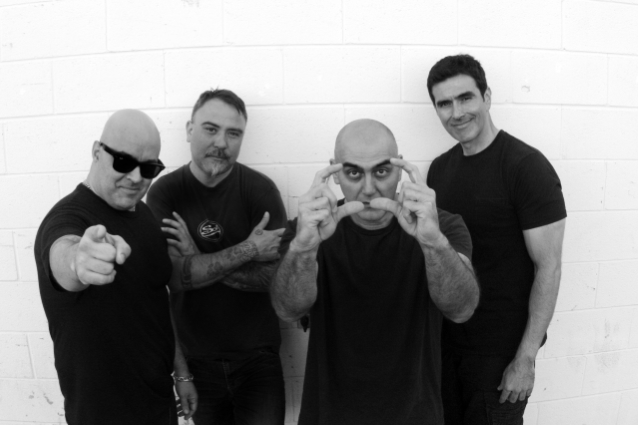 WURMgroup has announced the signing of the newly reunited ONESIDEZERO.

Formed in 1997, ONESIDEZERO has released two albums: its acclaimed 2001 debut, "Is This Room Getting Smaller", which was produced by Jim Wirt (INCUBUS) and mixed by David Botrill (TOOL), as well as the 2007 self-titled follow-up, which was helmed by Ulrich Wild (PANTERA, DEFTONES, STATIC-X). Through the years, the band has toured with the likes of INCUBUS, SEVENDUST, STATIC-X, SOULFLY and 311, and has also appeared on the HBO show "Reverb" with LINKIN PARK.

Now armed with a new lineup, ONESIDEZERO is looking to further cement its mark in the rock world. The band is currently in the studio working on new music with WURMgroup founder, producer and mixer Ulrich Wild, and has planned a re-release of its self-titled second album. This new edition will feature a new mix, as well as a previously unreleased song.

In regard to the new songs and album, singer/guitarist Jasan Radford said: "We've always written what we've felt, and I think we're 100 percent back to doing that again. It's still very much like an original onesidezero sound, but it's more 'adult.' … We've grown up and appreciate everybody and the people we're playing with."

WURMgroup was founded in 2015 by Wild as a place for artists to find a home and build their recording careers.

ONESIDEZERO made its live comeback on August 18 at The Viper Room in Hollywood, California. This marked the group's first live appearance with its new lineup, featuring founding members Radford and Levon Sultanian (guitar), along with new drummer Michael Tarabotto and bassist Marello Dias (formerly of SOULFLY and ABLOOM).