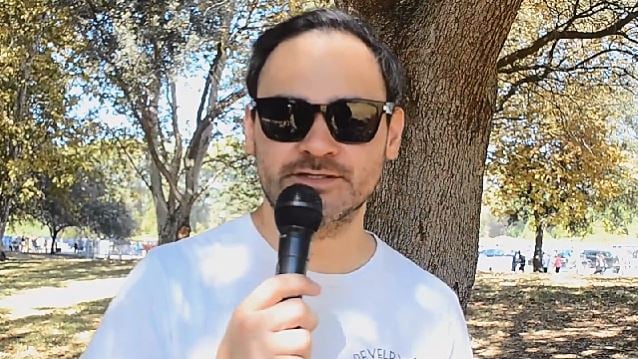 Caliber TV conducted an interview with guitarist Travis Miguel of reactivated Southern California metallers ATREYU on September 14 at the Aftershock festival in Sacramento, California. You can now watch the chat below. A couple of excerpts follow (transcribed by BLABBERMOUTH.NET).

On the band's decision to resurrect ATREYU:

Travis: "We never officialy broke up. Prior to us going into hibernation, for 10-12 years, if we weren't writing, we were recording; if we weren't recording, we were touring; if we weren't touring, we were writing. So it was non-stop for that amount of years, and we just kind of needed time to step away from ATREYU, as dumb as it sounds. But yeah, toward the end of that last run that we did, we were all just fried and burnt out; we were all sick. There was no morale left, really. We were just kind of going through the motions. Or I was, anyway. Not that I didn't like playing or anything… [But] I started taking it for granted. I wanted to get reinvigorated. And that's where we're at now. We just played a show the other day [September 11] in our hometown and it was, like, all smiles on the stage. [The show] sold out in less than a minute or something, which… If you told me when I was 15 that I'd sell out Chain Reaction [in Orange County] in less than a minute, I would have laughed in your face."

On what fans can expect from ATREYU's new material following the recent release of a new song, "So Others May Live" (hear audio below):

Travis: "I really can't say what to expect, because then, if I say something, somebody's gonna be, like, 'Oh, that's not what you said.' So, I mean, we wrote three or four songs, and it wasn't, like, 'Okay, they have to sound like this,' or, 'They have to sound like that.' We just got in a room and we started writing and whatever came out came out. And so a good gauge of that is the 'So Others May Live' song. And so far, for the most part, I think that the response to that song has been really awesome, so we're stoked."

Vocalist Alex Varkatzas had this to say about "So Others May Live": "'So Others May Live' is inspired by one of my best friends, who is ex-military. The things our troops go through to protect us are pretty unreal. Their treatment after leaves a lot to be desired, as well."

ATREYU will appear at Knotfest in Southern California on October 25. 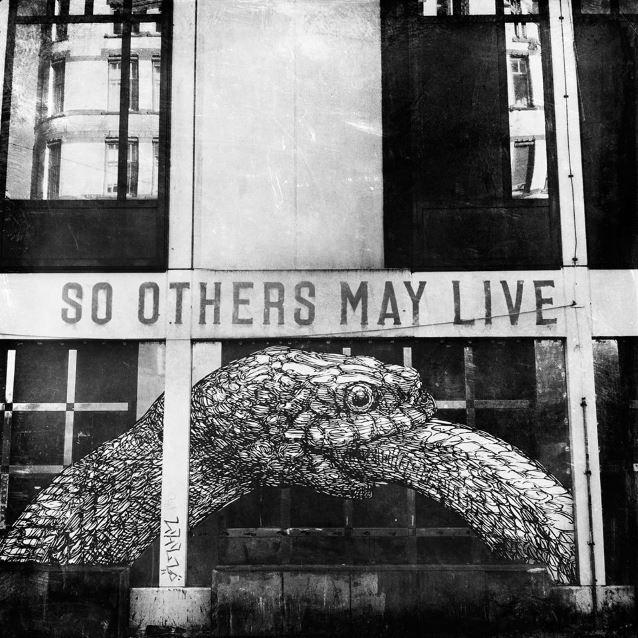