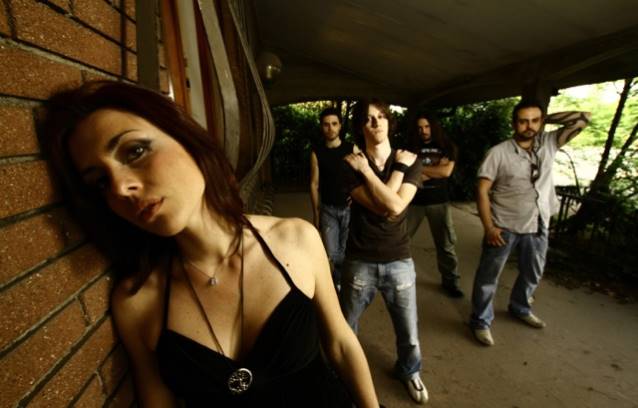 Italian female-fronted melodic metal band RAVENSCRY is putting the finishing touches on its second album, "The Attraction Of Opposites", due later in the year. The CD is being mixed by Swedish producer Roberto Laghi (IN FLAMES, DIABLO SWING ORCHESTRA, ENTOMBED).

According to RAVENSCRY's official bio, the band's "style is deliberately modern and integrates influences of components very different from one another: rock, metal, but at the same time leaves room for new influences, such as electronics. The themes of the lyrics are numerous and strong: the base is a cry of protest against a system where meritocracy does not exist and the sacrifice has often an illusory purpose; difficult relationships between parents and children, but also finding themselves, physical pleasure and alienation. Nothing is left out, because music is life and should tell every aspect of it."