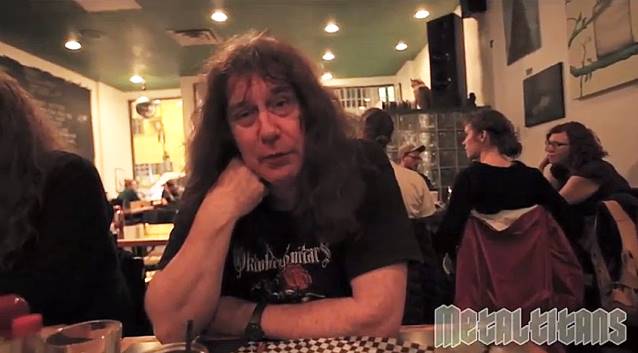 Peter Ruttan of MetalTitans.com conducted an interview with bassist/vocalist John Gallagher of the veteran British/American heavy metal trio RAVEN prior to the band's October 8 concert at Rickshaw Theatre in Vancouver, British Columbia, Canada as the support act for DIAMOND HEAD. You can now watch the chat below.