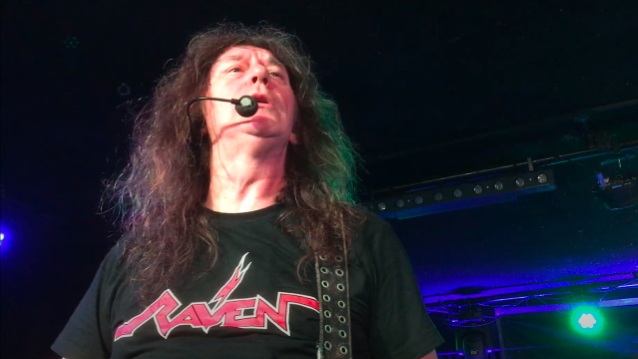 In recent years, more and more artists have been given a pass for using backing tracks, drum triggers and other assorted technology that makes concerts more synthetic but also more consistent.

Speaking to The Metal Gods Meltdown about some rock acts' reliance on pre-recorded tracks, John said (hear audio below): "It's ludicrous. I saw bands who've got nine people on stage and still 50 percent of what you hear is on backing tracks. It's disgusting. C'mon, man. You don't need that. Take a band like QUEEN. They had more overdubs and more pomp and circumstance and extra icing on the cake than any other band in history, especially then. They really did. And what did they do live? Four guys playing it. And you know what? It worked, and it worked brilliantly. They adapted what they did to make it work with just the four guys. Later on, they had one guy come in and you'd hear some extra guitar and keyboards, but he was a real musician. That's true talent, and you cannot replace that.

"I saw something the other day, the pop band COLDPLAY. What they do, they do great, but there's parts where they're all jumping around and it's all on tape," he continued. "C'mon. Even for what they do, they're talented — they don't need to do that. It's just ridiculous.

RAVEN's new album, "Metal City", will be released on September 18 via SPV/Steamhammer.