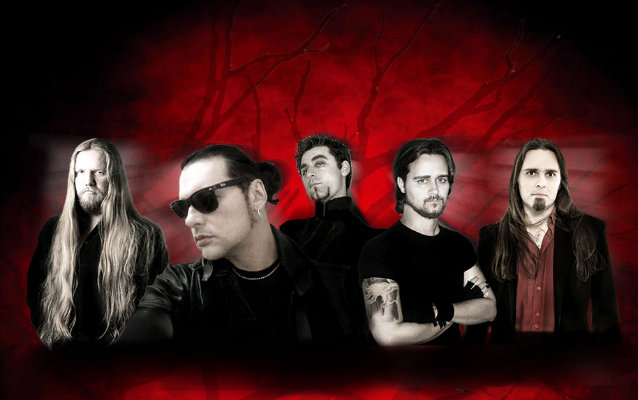 To celebrate 15 years since its first release, "October Of 1998", RAVENLAND has issued a compilation CD, "Ravensongs For The Ravenhearts", consisting of the EPs "Back" (2008), "Memories" (2011), "Nevermore" (2012) and tracks from the band's latest full-length album, "...And A Crow Brings Me Back" (2009), in addition to a previously unreleased track and the "Among Two Storms" song from the ROTTING CHRIST tribute CD, which came out in 2003.

Check out the new single "Poisoned" in the YouTube clip below.