Capital Chaos TV has uploaded video footage of the veteran British/American heavy metal trio RAVEN performing on October 15 at DNA Lounge in San Francisco, California. Check out the clips below. 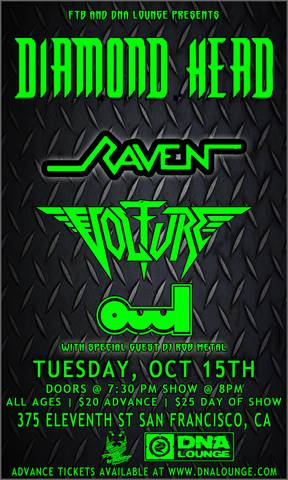