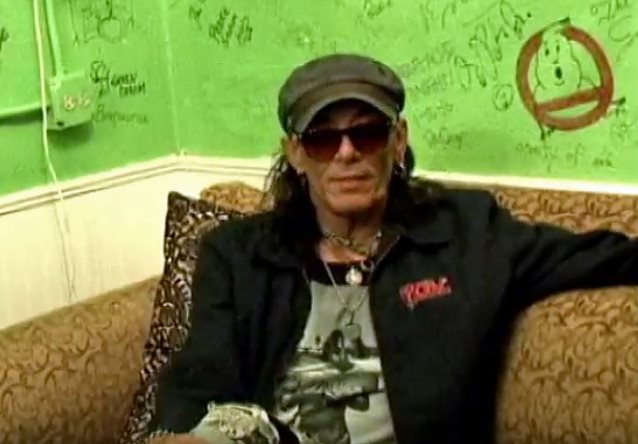 During a recent interview with Psycho Babble TV, RATT singer Stephen Pearcy briefly touched upon the legal battle the band has been embroiled in with drummer Bobby Blotzer over the rights to the group's name.

"It's water under the bridge," Stephen said. I really don't like to dwell on it, because, you know… Somebody should when they're doing something right or wrong, and it just so happened that we just had enough — the three remaining guys — and respect to Robbin [Crosby, late RATT guitarist] and the integrity in our songs to say 'enough is enough.'"

Describing RATT as a "dysfunctional family," Pearcy acknowleged that keeping the group together can sometimes be a formidable task, especially when it comes to making sure that the bandmembers are working smoothly toward a unified goal. "We haven't been let out of our cage in a few years, so it's still delicate," he explained. "It's, like, we need therapists around us to get us through everything."

But Pearcy was quick to point out the main reason RATT is still around three and a half decades after the band's formation. "That's the most important thing — the music," he said. "That's the still the one thing that keeps us — no pun [intended] — [going] back for more: the music."