Check out the CD cover artwork below.

"Best Of Me", the first single from "Infestation", is available for streaming in its entirety using the player below. The track is available digitally at Amazon.com. Other songtitles set to appear on the CD include "Look Out Below", "A Little Too Much" and "Garden Of Eden".

RATT vocalist Stephen Pearcy recently told AOL's Noisecreep about "Best Of Me", "You always think the grass is greener on the other side, but in fact it isn't. So you're letting someone know 'you're the best thing I got, but I had to go fuck around to figure it out.' It's one of those you-don't-know-what-you-got-'till-it's-gone kind of things. With me, I go through this shit every day. I'm married one day, then I'm not, but I am."

The band's first studio CD in 10 years, "Infestation" was produced by Michael "Elvis" Baskette, whose credits include PUDDLE OF MUDD, CHEVELLE, SALIVA, LIMP BIZKIT, ALTER BRIDGE and THREE DAYS GRACE, to name a few. The effort — which has been described by singer Stephen Pearcy as a cross between 1984's "Out Of The Cellar" and 1985's "Invasion Of Your Privacy" — marked the first time the group had stepped outside of Los Angeles to track a new CD in 20-plus years.

"The best part was having pre-production in Virginia, and getting away from our families and our personal shit and the L.A. scene," Pearcy told AOL's Noisecreep. "While we were recording, we actually all lived in the same compound. It was great. It was the first time we had ever done that. It was almost like when we lived in a one bedroom apartment we called Ratt Mansion West back in the old days."

Regarding the recording process, drummer Bobby Blotzer told Noisecreep, "It was a great experience, but there are always speed bumps in RATT. It's never an easy job to get to the finish line. We're kind of a dysfunctional bunch in the way that we work. It's not an English tea party. It's more like a pirate ship with a bunch of salty dogs. We work hard, we play hard, and it makes the aggression in the music come out more. But when we finally get where we're going, it makes the ride more rewarding."

On the subject of Carlos Cavazo's (QUIET RIOT) addition to RATT, Pearcy said, "He's perfect for the band. He co-wrote a couple songs and he plays like a motherfucker on this thing. Great live, great guy and great integrity for what he does. And as far as the double solos thing goes, he and Warren [DeMartini] knew exactly what they were doing. It was like the old days."

"Playing together was just like being old friends hanging out," Cavazo said. "Doing the record was fun and very easy. It was one of the easiest records I've recorded in my life. No one was arguing or yelling at each other in the studio. It went really smooth." 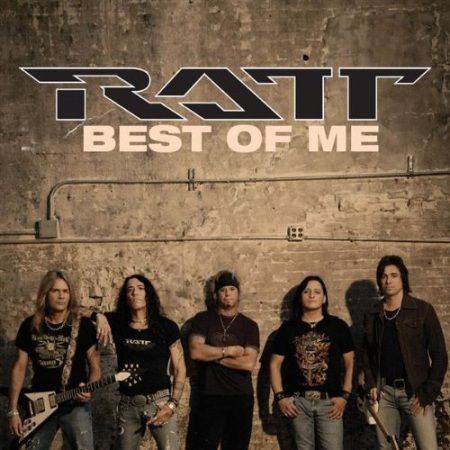