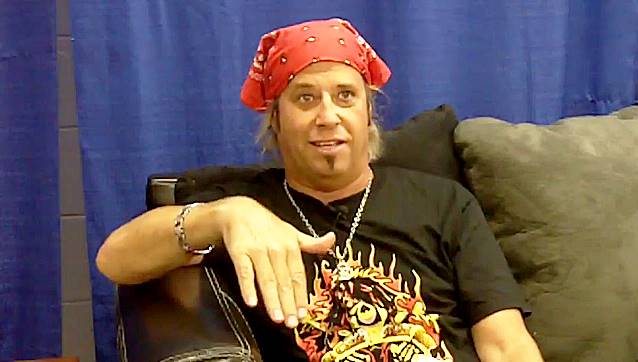 RATT drummer Bobby Blotzer will be forced to sit out the three shows the band has scheduled this week because he has not yet fully recovered from the neck surgery he underwent last October. He says: "I just can't risk the possibility of further damage," before adding: "I've never once in my life missed a show, so I'm tripping, to say the least."

He continues: "I was hoping to give you a surprise as to who would be playing in my place, but I can't deliver that surprise as it's not happening. So, see ya on the [Monsters Of Rock] cruise [as the end of March]."

Speaking to "The Blairing Out With Eric Blair Show" in January 2013, Blotzer stated about RATT's status: "We're getting ready to do a new record with Brian Howes, this producer that produced NICKELBACK, we have new management, we have Juan Croucier [bass] back in the band, and we're gonna tour and hopefully get along and be happy, which would be amazing."