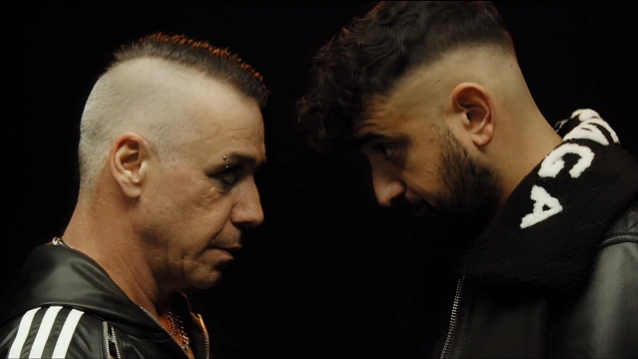 A music video for the song was reportedly shot on November 19 at the Berlin nightclub Astra Kulturhaus by director Zoran Bihać and can be seen below. Zoran previously worked with Till on videos for RAMMSTEIN and his solo project LINDEMANN.

"Mathematik" is now available on all streaming music services.

Lindemann previously collaborated with Swedish producer and multi-instrumentalist Peter Tägtgren (HYPOCRISY, PAIN) on the debut album from LINDEMANN, "Skills In Pills", which came out in May 2015.

RAMMSTEIN is tentatively scheduled to release its long-awaited new album in April 2019. The follow-up to 2009's "Liebe Ist Für Alle Da" is being mixed at a Los Angeles studio with Rich Costey, an American producer who has previously worked with MUSE, RAGE AGAINST THE MACHINE and FRANZ FERDINAND, among others.