To celebrate the 25th anniversary of RAMMSTEIN's debut album, "Herzeleid", Vertigo/UMe will release limited, remastered editions of the groundbreaking LP on December 4, 2020.

"Herzeleid (XXV Anniversary Edition - Remastered)" will feature the album's original track listing on a single CD, housed in a lavish, cross-shaped digipak with deluxe slipcase, and, for the first time ever, the remastered album with HD sound will be available digitally. In addition, there will be a 2LP version with a slipcase containing two 180-gram heavyweight black vinyl discs with blue splatter effect. The creator of the original artwork, Dirk Rudolph, is also responsible for the "Anniversary Edition" packaging. The booklets also contain the original band portraits shot by Praler. Both the CD and vinyl editions are strictly limited.

Check out a trailer for "Herzeleid (XXV Anniversary Edition - Remastered)" below.

The limited editions can be pre-ordered here.

RAMMSTEIN's seventh, untitled album came out in May 2019 via UME/Spinefarm in Europe and Caroline Records in the U.S. The band's first studio disc since 2009's "Liebe Ist Für Alle Da" debuted at No. 1 on the album charts in 14 countries and was the band's tenth No. 1 in Germany. The LP was produced by Olsen Involtini with RAMMSTEIN and was mixed at a Santa Monica, California studio with Rich Costey, an American producer who has previously worked with MUSE, RAGE AGAINST THE MACHINE and FRANZ FERDINAND, among others.

In May, RAMMSTEIN postponed its 2020 North American stadium tour due to the coronavirus pandemic which is sweeping the globe. The tour will now begin on August 22, 2021 in Montreal and end on October 1, 2021 in Mexico City. The band also announced the rescheduled dates for its European stadium tour. The new RAMMSTEIN European shows will take place in May, June, July and August 2021, with all tickets purchased for the original concerts valid for the new dates.

Last year, RAMMSTEIN made headlines after guitarists Paul Landers and Richard Kruspe shared an onstage kiss while performing in Moscow's Luzhniki Stadium. The move was widely perceived an act of defiance against Russia's anti-LGBTQ law, or "gay propaganda" law, which forbids any public expression of homosexuality or gender non-conformity. 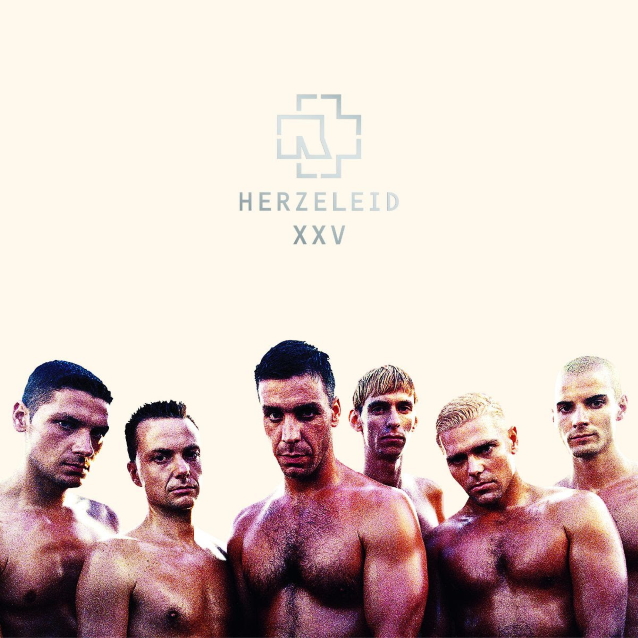