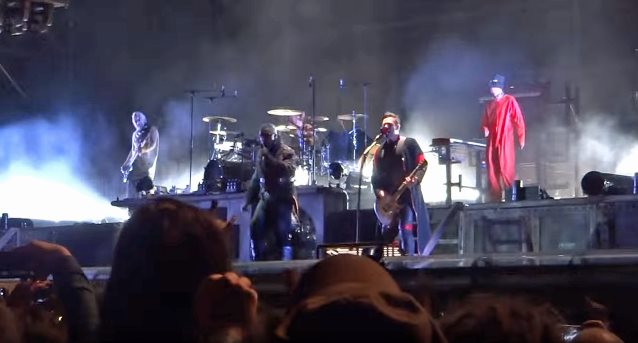 German industrial metallers RAMMSTEIN kicked off their European summer festival tour last night (Thursday, June 2) with a headlining appearance at the Gods Of Metal festival in Monza, Italy. The group opened the concert with a brand new song, presumably from their forthcoming album, the details of which have not yet been revealed. Fan-filmed video footage of the performance can be seen below.

The band's frontman Till Lindemann last year released a debut album with his side project LINDEMANN.