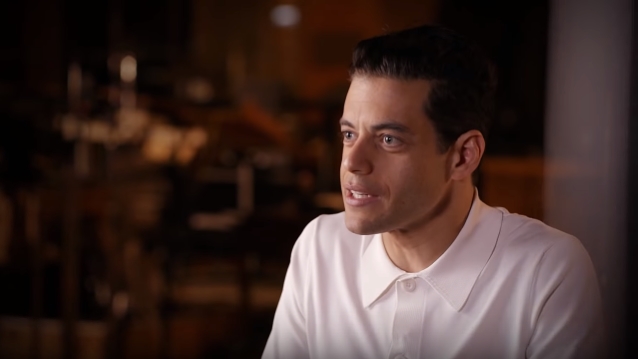 A new three-minute video in which "Mr. Robot"'s Rami Malek talks about how he prepared to play QUEEN lead singer Freddie Mercury, the iconic British vocal artist known for his extravagant performance style and his incredible vocal range, in 20th Century Fox's QUEEN biopic "Bohemian Rhapsody" can be seen below.

In the featurette, Malek revealed that he spent more than two days over the course of the production just trying on costumes to become Mercury.

"We had about 50 hours of costume fittings, with heels that were four-inch platforms, the tightest-fitting satin pants, an entire Lycra outfit," he said.

"When you dress as Freddie, it makes every day feel like it's going to be a good time."

Malek also worked extra hard to capture the way Freddie moved, explaining: "You don't want to mimic Freddie; you want to be able to understand why he did what he did. I needed a movement coach."