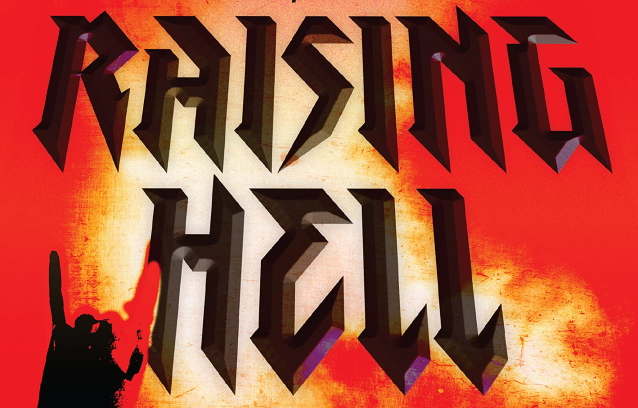 Diversion Books has set a January 7, 2020 release date for "Raising Hell: Backstage Tales From The Lives Of Metal Legends", the new book from Jon Wiederhorn. This 480-page hardcover is an oral history of the badass heavy metal lifestyle ― the debauchery, demolition, and headbanging dedication ― featuring metalhead musicians from BLACK SABBATH and JUDAS PRIEST to TWISTED SISTER and QUIET RIOT to DISTURBED and MEGADETH, and more.

In his song "You Can't Kill Rock And Roll", Ozzy Osbourne sings, "Rock and roll is my religion and my law." This is the mantra of the metal legends who populate "Raising Hell" ― members of SLIPKNOT, SLAYER, LAMB OF GOD, and many more. It's also the guiding principle for underground voices like MISERY INDEX, GORGOROTH, MUNICIPAL WASTE and THROWDOWN.

Through the decades, the metal scene has been populated by colorful individuals who have thwarted convention and lived by their own rules. For many, vice has been virtue, and the opportunity to record albums and tour has been an invitation to push boundaries and blow the lid off a Pandora's box of riotous experiences: thievery, vandalism, hedonism, the occult, stage mishaps, mosh pit atrocities, and general insanity.

To the figures in this book, metal is a means of banding together to stick a big middle finger to a society that had already decided they didn't belong. Whether they were oddballs who didn't fit in or angry kids from troubled backgrounds, metal gave them a sense of identity.

Drawing from 150-plus first-hand interviews with vocalists, guitarists, bassists, keyboardists, and drummers, music journalist Jon Wiederhorn offers this collection of wild shenanigans from metal's heaviest and most iconic acts ― the parties, the tours, the mosh pits, the rage, the joy, the sex, the drugs... the heavy metal life.

SLAYER and EXODUS guitarist Gary Holt writes in his foreword: "While I've got a bunch of totally metal tales, I'm just one fuckin' dude… In 'Raising Hell', Jon Wiederhorn captures the energy, excitement, and lunacy of metal culture, not just from thrash musicians, but also from a wide variety of artists in other genres, including classic metal, melodic metal, death metal, and even those crazy church-burning fucks that play black metal."

States BIOHAZARD's Billy Graziadei: "So you ever wanted to know what goes on behind the scenes, what made us who we are, what inspires us? Maybe you want to hear what we don't tell our significant others, you know, the dark secrets we touring musicians keep from home? Jon Wiederhorn collected so many great stories from all of your favorite rockers, I know my stories but reading about what everyone else went through is mind-blowing! Enjoy our lives!"

CHARRED WALLS OF THE DAMNED's Richard Christy says: "'Raising Hell' is a Bible of heavy metal debauchery! Not only did it bring back tons of crazy, fun touring memories for me, but it also made me laugh my ass off reading about the antics of my fellow metal heads! For anyone who's ever defecated where they shouldn't have, just to make their friends laugh, this book is for you! Hell, this book is for everyone! It rules!"

ANTHRAX's Scott Ian states: "With 'Raising Hell', Jon Wiederhorn opens a treasure chest of outrageous, unflinching metal anecdotes that range from hysterical to terrifying to just plain disgusting. Each chapter is a new level of insanity!"

THE DILLINGER ESCAPE PLAN's Ben Weinman says: "'Raising Hell' is, without a doubt, the most in-depth look into the lives of professional metal heads. Unlike a rock biography, this oral history gives you an accurate understanding of what actually happens behind the curtain. No other writer has covered this genre more than Jon, and this book is a gift to all who have devoted their soul to the gods of metal."

Wiederhorn is the author of "Louder Than Hell: The Definitive Oral History Of Metal" (with Katherine Turman) and the co-author of "My Riot: Agnostic Front, Grit, Guts & Glory" (with Roger Miret), "Ministry: The Lost Gospels According To Al Jourgensen" (with Al Jourgensen) and "I'm The Man: The Story Of That Guy From Anthrax" (with Scott Ian). He has written for Rolling Stone, SPIN, MTV, Guitar World and Revolver, among others. He lives in Montclair, New Jersey. 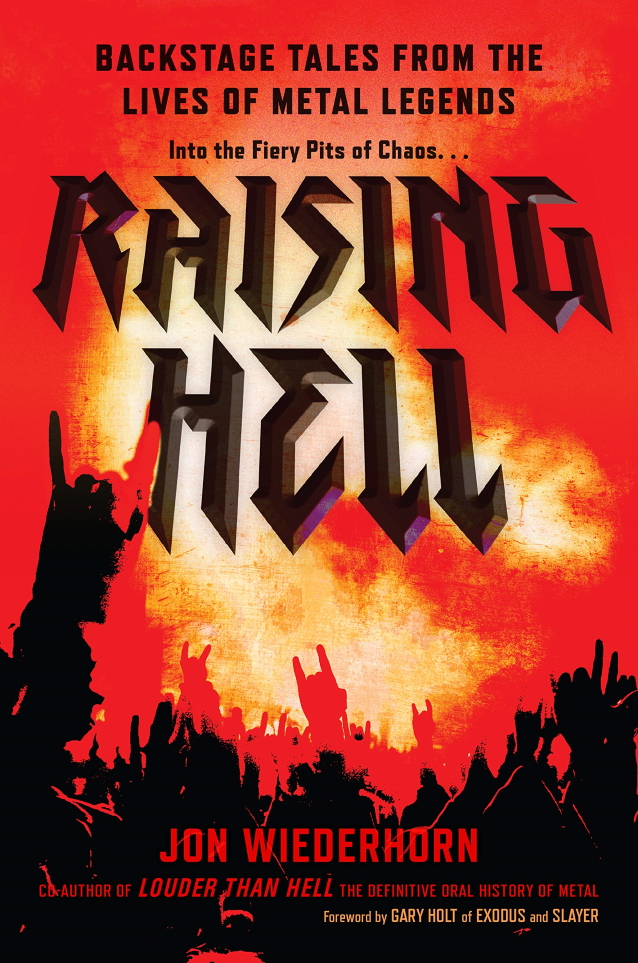