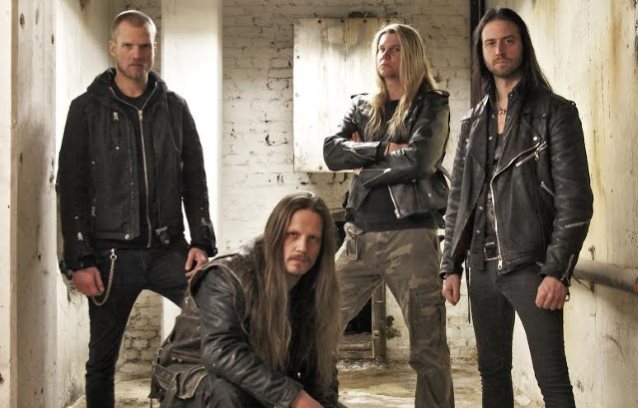 Swedish thrashers RAISE HELL are back with a new new lineup and a highly anticipated comeback album. Due on August 21 via Black Lodge Records, "Written In Blood" is described in a press release as "an awesome mix of thrashing, screaming vocals with ripping guitar riffs and pounding drums as heard in 'Dr. Death', 'Six Feet Under' and 'We Arise'. This, combined with the heavier, more melodic songs 'A Blackened Resurrection', 'The Bell Of The Reaper' and 'In Cold Blood', gives the album another dimension. It's both harder and faster than the latest releases — exploding with energy, it won't leave anyone untouched!