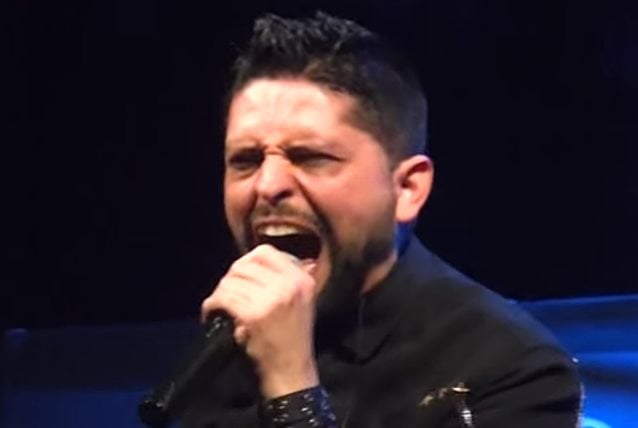 Musically, you can expect an overdose of melodic metal melting the songwriting and epics of the great ALLEN/LANDE records with the Ronnie James Dio-esque vocal approach from Romero.

THE FERRYMEN's debut album will be released in 2017 via Frontiers Music Srl.

Originally from Chile and now settled in Madrid, Spain, Romero spoke to Metal Shock Finland about RAINBOW's three comeback shows in June. He said: "I feel like in a dream. It's hard to assimilate all that has happened in the last few weeks. Not just living this situation with Ritchie and the other bandmates in RAINBOW, [but also the chance to] meet the fans so close to the stage and backstage and all the people going to the show. And then, all these musicians that I love and that [were] at the shows and [they] talked to me and told me that I [did] a great job. But it's a dream come true."

Asked how he felt about his performances with RAINBOW, Romero said: "I feel really good with my job, because I tried to make justice, not just to the songs, but all these singers — Ronnie James Dio, Joe Lynn Turner, Graham Bonnet, Ian Gillan and David Coverdale. I just tried to sing the songs in my own way and my own style, and I think the people appreciate that. I'm not just a copy of the other singers. I prefer to sing like Ronnie Romero singing these songs of Ronnie James Dio and David Coverdale and whatever. And I think the people prefer that, and they really appreciate the situation, because I think the people don't like to see a guy or pay for a ticket to see a guy try to sing like Ronnie James Dio. It's not a good idea. So I feel really good with my job and I know the people and the fans that have sent me messages and told me that they really appreciated [how I interpreted the songs]."

In a recent interview with The Moshille Times, Magnus described his songwriting process. He said: "I start with the music…actually, sometimes I start… I am not that good at piano, but it could be a great tool for me to start on, with an instrument I am not that good at 'cause if I start with the guitar, I have all this fast stuff in my fingers and it's easy just to get stuck in this stuff I've done a lot of times, so it could be a good thing to play an instrument I'm not that, you know, used to. Because when I pick up a guitar, the fingers start to move by themselves. It depends what I do. If I write for PRIMAL FEAR, I often start with the guitar because the riffs are so important in that music and then I work a lot on the production. I really like to have a great song; it's important to me. If I have the best song in the world, but I have a crappy sound, I don't think people would like it… And then I work very fast. I do the basic ideas. I like to work… not that I am stressed or anything, but I like to have a flow and maybe do the album in one or two weeks. But then I can work for another six months to do it better. To record the basic ideas, I like to work very fast." 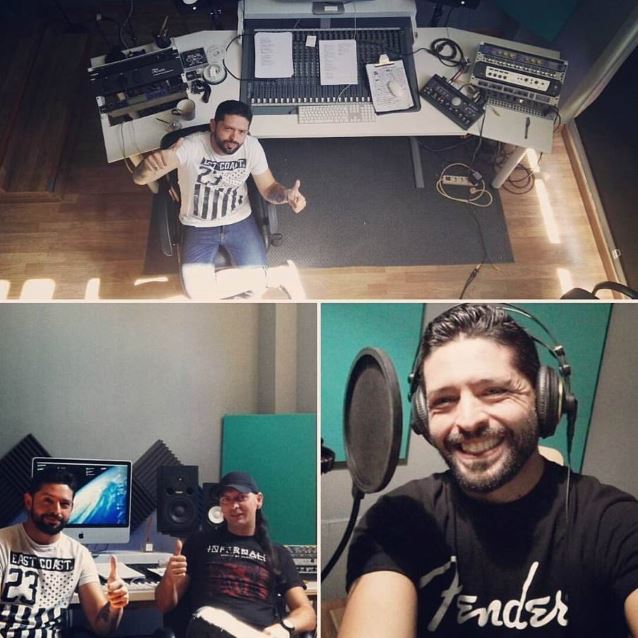