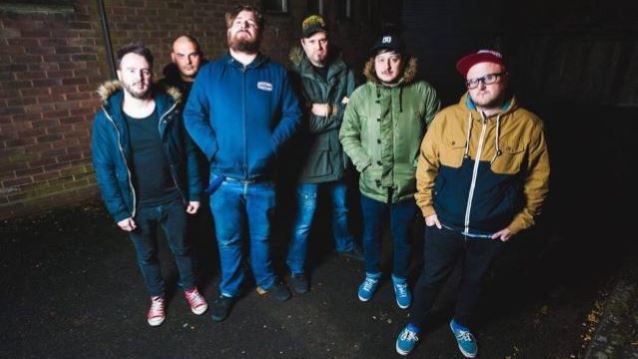 Following on from their near-sellout tour, stunning sets at Sonisphere, Damnation and Hammerfest, resurrected Corby, U.K. metallers RAGING SPEEDHORN are set to launch a Pledge Music campaign for their hotly anticipated fifth album.

RAGING SPEEDHORN has been teasing fans with the prospect of a new record since the band's return in February 2014. Earlier this year, the group released a single, "Halfway To Hell", which was praised widely by fans and media alike.

Drummer Gordon Morison had this to say on the Pledge Music campaign and new record: "I'm really happy to announce that RAGING SPEEDHORN will be recording a new record this year.

"We're going to be teaming up with the guys at Pledge Music for the as-yet-untitled fifth record.

"We've always had amazing fans and now they have the chance to pledge and help us make the record, and in the mean time they can access exclusive content as well as getting their hands on limited edition pledge-only signed CDs, vinyl, screen prints and T-shirts, as well as Pledge-exclusive gigs, signed drum skins and much more."

Fans wanting to contribute to the Pledge Music campaign can do so here.

RAGING SPEEDHORN is set to hit the road in May with returning U.S. noise barons WILL HAVEN.