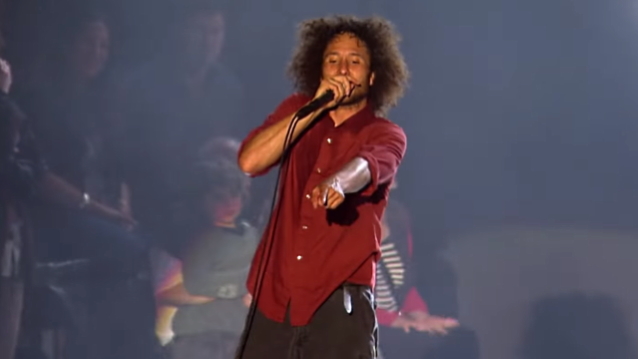 RAGE AGAINST THE MACHINE has been confirmed as one of the headliners for the 2020 Coachella Valley Music And Arts Festival. The event will take place over two back-to-back weekends — April 10-12 and April 17-19 — at Empire Polo Club in Indio, California. Other headliners are Travis Scott and Frank Ocean.

RAGE AGAINST THE MACHINE's appearance at this year's Coachella was first revealed in November when an Instagram account with the handle "rageagainstthemachine" shared a list of 2020 dates. Other shows on the schedule included late-March stops in El Paso, Texas; Las Cruces, New Mexico; and Phoenix, Arizona.

The first Coachella 2020 weekend is sold out, with Weekend Two presale slated to begin on Monday at 12 p.m. PT.

RAGE AGAINST THE MACHINE last played together in 2011 at L.A. Rising and has resisted calls for a reunion, with vocalist Zach De La Rocha previously believed to be the lone holdout. Guitarist Tom Morello and his fellow RAGE bandmates Tim Commerford (bass) and Wilk have since teamed up with PUBLIC ENEMY's Chuck D. and CYPRESS HILL's B-Real in the similarly styled PROPHETS OF RAGE.

RAGE AGAINST THE MACHINE recorded three original studio albums and one set of covers before breaking up in 2000. The group reformed in 2007 but only played sporadic gigs and never a full tour. Morello said in 2012, "We'd have to agree to go on one. Once a year, the band meets and very seriously discusses and turns down awesome offers to tour the world." 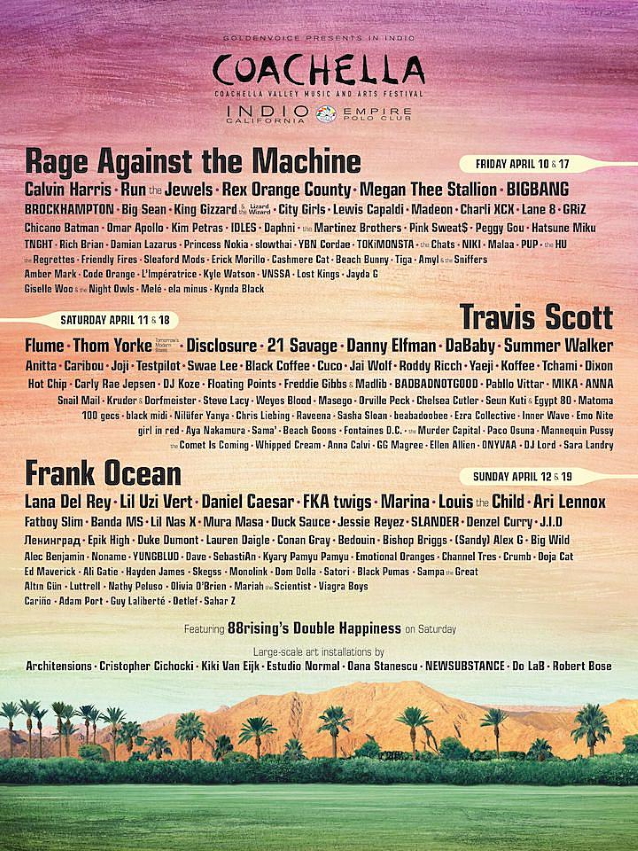