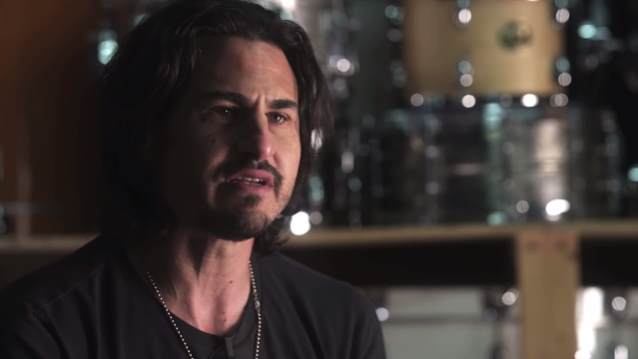 RAGE AGAINST THE MACHINE has not played live since headlining its own L.A. Rising festival show in Los Angeles in the summer of 2011, and it's looking more and more likely that that show was the band's last. Drummer Brad Wilk told The Pulse Of Radio that he's made his peace with the idea that RAGE may be done. "Well, as far as I know, we played our last show in 2011 at the Coliseum, and if that was our last show, that's a good way to go out," he said. "I sort of had to put it in my head that that band is over in order for me to just move on with my life, to be honest with you, so that's kind of where that lies. The Coliseum — awesome way to go out."

Guitarist Tom Morello said something similar in a 2012 interview with Rolling Stone, commenting, "Whether or not we ever play music again in any capacity is unknown. I'm grateful for the music we played together."

RAGE recorded three original studio albums and one set of covers before breaking up in 2000. The band reformed in 2007 but only played sporadic gigs and never a full tour. Morello said in 2012, "We'd have to agree to go on one. Once a year, the band meets and very seriously discusses and turns down awesome offers to tour the world."

Morello actually got Wilk together with the group, who will release their debut album in July.