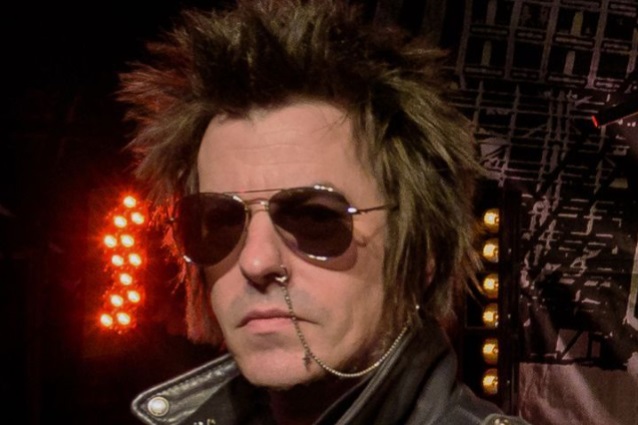 Steven Lebowitz of AXS conducted an interview with SKID ROW bassist Rachel Bolan at this year's Spooky Empire convention, which was held October 27-29 at the Hyatt Regency in Orlando, Florida. You can now watch the chat below.

Speaking about the multi-platinum success of SKID ROW's 1989 debut album, Bolan said: "Because we were in the middle of it [while we were making the record], we didn't realize what was gonna happen. I know what we hoped would happen, and that's ultimately what we did, but you never know. You just have your dreams and your hopes. And we hit on something really good, so we were lucky enough to have it be as successful as it was."

Bolan also talked about the SKID ROW songwriting process. "I'd say about 70 percent of the time, someone has a riff and we work around that," he said. "But there's been times where I've written lyrics and we just kind of put music around the lyrics. Or just little bits and pieces, and we end up putting it together like a puzzle. Snake [SKID ROW guitarist Dave Sabo] and I will get in a room and he's, like, 'Hey, man, I have an idea for the lyrics you had,' or we'll [go] back and forth and just trade licks off each other and see what comes up. But we have no real set pattern of writing."