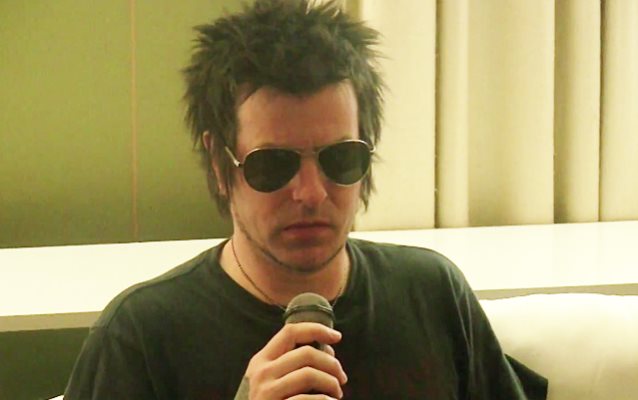 Jeb Wright of Classic Rock Revisited recently conducted an interview with SKID ROW bassist Rachel Bolan. An excerpt from the chat follows below.

Classic Rock Revisited: Are you satisfied with SKID ROW's legacy, or do you think you're still making it?

Rachel: A little bit of both. I am really proud of what we've accomplished. Every time I think we've hit our absolute peak something else comes up. It could be a show that is so amazing, or you get booked to play at a huge festival where you play in front of a half a million people. [The Przystanek Woodstock festival in Poland] will be the biggest show we will ever play in our career. I think that is safe to say. We played Hellfest a few weeks ago in France and we were on in the middle of the day, and we were a little bummed out about it. We went out, and there were sixty thousand people there! After the show we were thrilled, as we could not even see the end of the crowd. We were wondering what a half a million people will look like.

Classic Rock Revisited: If it was just about money, then you would tour with [former SKID ROW singer] Sebastian Bach. Everyone points the finger at you as to why this won't happen…

Rachel: Well, there are a couple of things. We've been offered money. It's not as much as people would think, but we've been offered money to do it. I think us not doing it kind of says that it is not about money as to why we are not doing it. I am not patting myself on the back, but with our past success, I have plenty of money. I am more about being happy at what I do. As far as everyone pointing the finger at me, that came from one person. We are all individuals. If they wanted to do it, then I am sure I would have heard about it by now, as they are my best friends. It is what it is, and certain people say certain things, and you've just got to sit back and laugh.

Classic Rock Revisited: Johnny [Solinger, current SKID ROW singer] has had to put up with a lot of shit. You have all survived the anti-fans out there…

Rachel: You have the purists that are scared of change. That is why we called the album "Thickskin"... the first one with Johnny. You have to have thick skin. You know what's funny, Jeb? We had about 85% supporters, especially outside of the United States. People like SKID ROW music and they welcomed Johnny in. I am on the inside and it is not as bad as people would think.