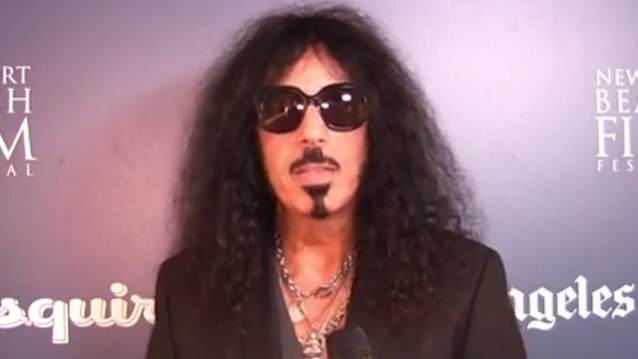 Eric Blair of "The Blairing Out With Eric Blair Show" conducted an interview with QUIET RIOT drummer Frankie Banali on April 29 at the Newport Beach Film Festival. You can now watch the chat below.

"Well Now You're Here, There's No Way Back: The Quiet Riot Movie", the feature documentary on the seminal heavy metal band QUIET RIOT, premiered at the Newport Beach Film Festival.

The 105-minute character-driven documentary goes beyond the guts and glory of the common getting the band back together tale. "Well Now You're Here, There's No Way Back" reveals an unforgettable man who uses ambition, adaptability, relentless determination and principle to navigate through a business, and a series of obstacles that are attempting to control his fate. 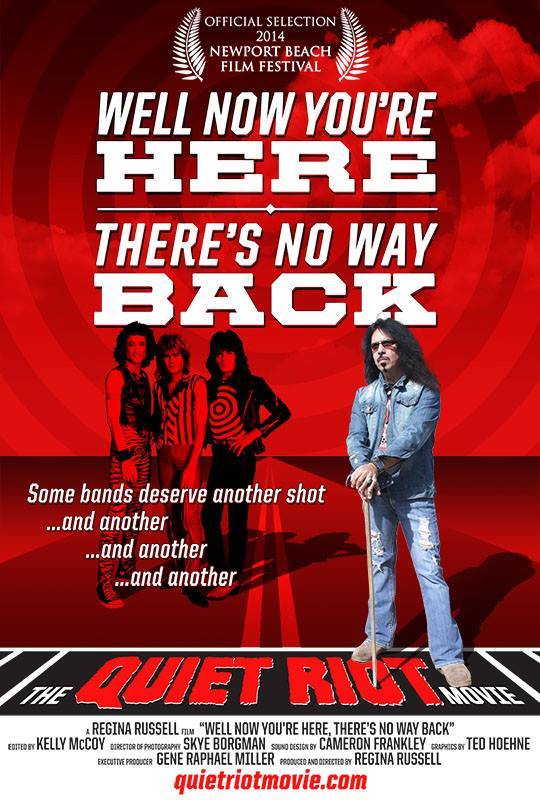