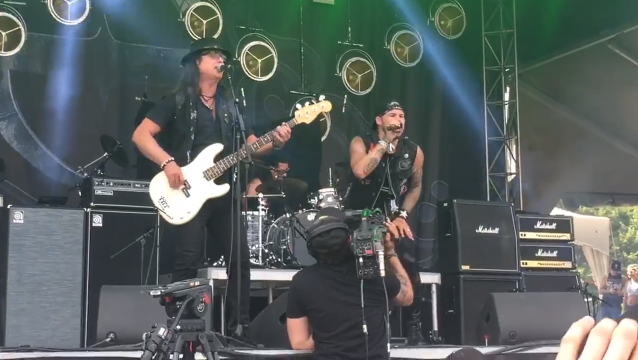 QUIET RIOT performed without drummer Frankie Banali at the Heavy Montreal festival in Montreal, Quebec, Canada. Yesterday's (July 27) show apparently marked the third time ever that the band played without any of the members from its classic lineup: Banali, singer Kevin DuBrow, guitarist Carlos Cavazo and bassist Rudy Sarzo.

As with the May 17 concert at the Wildflower! Arts & Music Festival in Richardson, Texas, Banali was replaced at the Heavy Montreal gig by Johnny Kelly (DANZIG, TYPE O NEGATIVE). Completing the group's lineup at the festival were James Durbin (vocals), guitarist Alex Grossi (guitar) and Chuck Wright (bass).