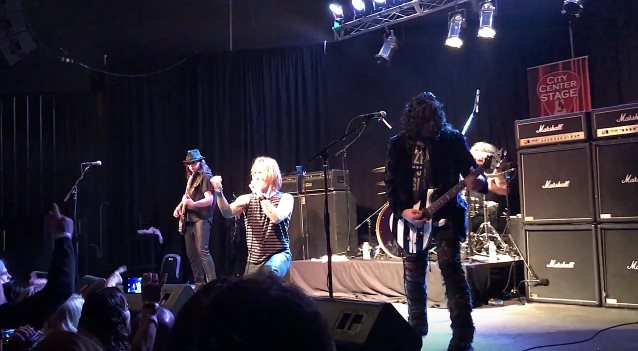 Fan-filmed video footage of QUIET RIOT's January 28 performance at The City Center in Champaign, Illinois can be seen below.

Last October, QUIET RIOT announced Seann Nicols (a.k.a. Sheldon Tarsha; formerly of ADLER'S APPETITE) as its new vocalist. The band recently spent time in the studio with Seann recording a full-length album of all-new material, to be released later this year on Frontiers Music Srl.

Drummer Frankie Banali revived QUIET RIOT in 2010, three years after singer Kevin DuBrow's death, along with veteran bassist Chuck Wright, who played on several of the tracks on the classic QUIET RIOT album "Metal Health", and guitarist Alex Grossi. The group went through two vocalists — Mark Huff and Scott Vokoun — before settling on Pearl in 2013.

During an appearance on "Trunk Nation", Eddie Trunk's new show on SiriusXM channel Volume (106), Banali stated about Pearl's departure from QUIET RIOT: "I don't want people to think that all of a sudden this just happened and there was some breakup. Everything happens for a reason."

He continued: "Jizzy gave notice several months ago. It was decided that it was beneficial to both sides of the equation to continue out the year — financially, [with] consideration for Jizzy, and for me, being able to do the dates that were contracted. So I think it worked out for everyone."

Banali added: "I was actually going to go public [with Jizzy's exit] a week before [QUIET RIOT's appearance on] the [Monsters Of Rock] cruise, and then all of a sudden I came to the realization that if I go public before the cruise, I'm gonna be sequestered on a ship for four days, and the only people that are there are fans and press. And so I didn't want those dates, those two QUIET RIOT shows, to revolve around who's leaving and why; I wanted people to concentrate on the music. But as soon as we docked, 'Boom!' But it was already in place. I mean, I was gonna do it a week before."

Banali also talked about QUIET RIOT's latest addition. He said: "His name is Seann Nicols, and he was with ADLER'S APPETITE a number of years ago. But he was off my radar because for the last, I think, two or three years, he had gone back to the university to get a degree in business, so he had been off the grid. And Alex Grossi [QUIET RIOT guitarist] told me that I should check him out, so I checked him out. And I sent him a non-disclosure agreement to sign, and we went ahead about seeing if it could work, if he could sing the catalog."

He continued: "I think one of the reasons we've had such a turnover of singers is because Kevin [DuBrow, late QUIET RIOT singer] was the complete package in every sense of the word. But Seann is really, really good. And I ended up signing a deal with Frontiers Records to release a new album in 2017. And come to find out that Seann writes some great lyrics and great melodies."

Even though Seann didn't make his live debut with QUIET RIOT until this month, Banali was confident that the singer would be more than up to the task. "I don't do anything by chance," the drummer said. "If the QUIET RIOT movie [the 'Quiet Riot: Well Now You're Here There's No Way Back' documentary] should tell you anything about me, it's that I don't leave anything to chance." 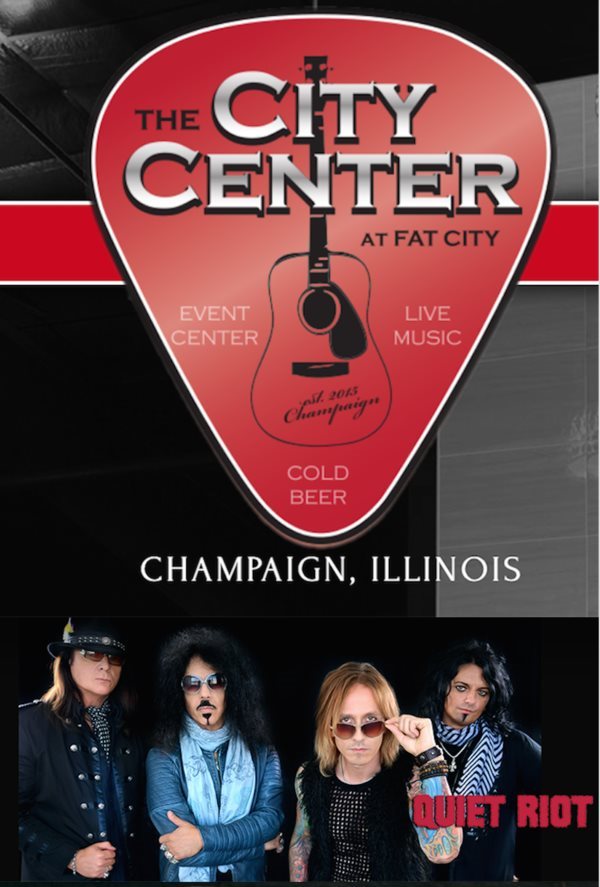