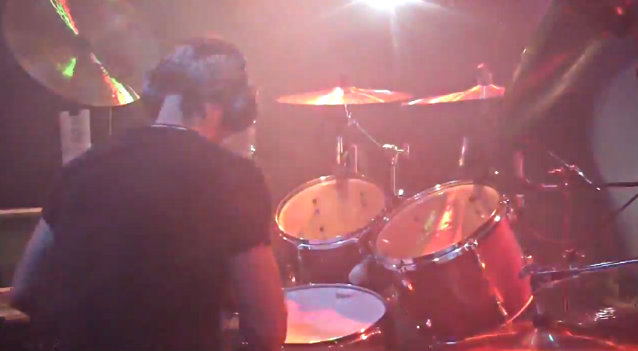 "Iron" Mike Savoia of Savoia Photography Live has uploaded drum-cam footage of Scott Rockenfield performing the song "NM 156" during QUEENSRŸCHE's January 3 show at the at the Snoqualmie Casino in Snoqualmie, Washington. Check it out below.

The Todd La Torre-fronted version of QUEENSRŸCHE in September filmed a "mini movie," with the tracks "Spore", "Midnight Lullaby", "A World Without" and "X2" providing the score to a 10-plus minute story, dubbed "Queensrÿche: Ad Lucem". The film was created by Veva Entertainment Co. with director Daniel Andres Gomez Bagby and producer Marco De Molina and was filmed on location at Central City Stages in Los Angeles.

QUEENSRŸCHE's new, self-titled album sold around 13,500 copies in the United States in its first week of release to land at position No. 23 on The Billboard 200 chart. The record arrived in stores on June 25 via Century Media Records.