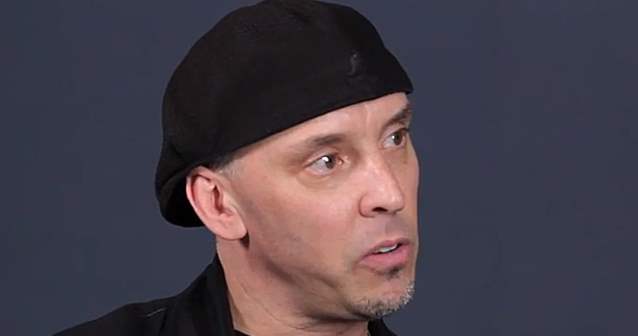 QUEENSRŸCHE's Scott Rockenfield spoke to Gary Graff of The Oakland Press about the group's future following the settlement agreement between the band and its former lead singer, Geoff Tate, over the rights to the QUEENSRŸCHE name which gave the moniker to the drummer and his bandmates Eddie Jackson (bass) and Michael Wilton (guitar).

"We've moved on," Rockenfield said. "Obviously the turmoil of the last two years is pretty much wrapped up, and every day keeps getting better and better. We really do wish everybody well and just want to get on with making music and playing shows and keeping the band alive and going."

He added: "The nice thing about our relationships is we've been together for 35 years making music and were friends before that — back to our high school days. So when we talk about things and look at each other, we know what we need to do and we know how we're going to feel about it. So we were ready and willing to approach the eye of the storm and get through it.

"And the good thing is there's an honesty and an energy that translates into the music and live shows, and that's something we've been missing for a long time. It's good to have that back, and I think the fans notice it and feel the same way, too."

Jackson, Rockenfield and Wilton bought out their former lead singer's share of the QUEENSRŸCHE corporation while allowing Tate the ability to be the only one to perform "Operation: Mindcrime" and "Operation: Mindcrime II" in their entirety. Tate will no longer have use of the TriRyche logo or any other album images aside from the "Mindcrime" releases. He can only refer to himself as the "original lead singer of QUEENSRŸCHE" or "formerly of QUEENSRŸCHE" for a period of two years and that text must be at least 50 percent smaller than his name in all materials. After this two-year period passes, he can only refer to himself as Geoff Tate with no mention of QUEENSRŸCHE at all.