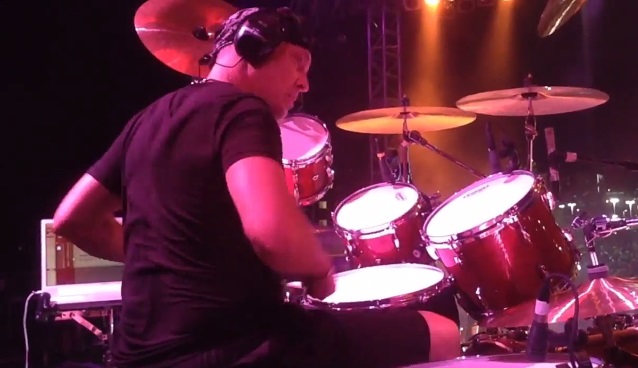 Drum-cam footage of QUEENSRŸCHE's Scott Rockenfield performing the song "Lady Wore Black" with his bandmates on July 12 at the Lawless Harley-Davidson grand opening party in Renton, Washington can be seen below.

In a recent interview with The Prog Report, QUEENSRŸCHE guitarist Michael Wilton spoke about the settlement agreement between QUEENSRŸCHE and singer Geoff Tate over the rights to the band's name: "It's a step in the right direction. I mean, anytime one is in a lawsuit, it's not the funnest time in their life. Obviously, we learned a lot from it. We're just happy that we have made this forward progressive step and we're really happy to start playing and rebuilding the name. The fans are so happy. It's hard for anybody to really understand. It's really a step in a positive direction."

He added: "It was two arduous years plus, and I guess by these days, that's kind of standard for most lawsuits in business. It's unfortunate that the court systems have to go that way, and lawyers are the way they are, but that's the name of the game and you have to play the game… That's why I'm not a lawyer. That's why I play guitar."

Wilton also spoke about the support he and his bandmates have received from the QUEENSRŸCHE fans, telling The Prog Report: "We've been doing this for over 30 years, so by relaunching the name and going back and playing the classics that everybody has been screaming about and wanting to hear, it's been so open arms, 'please, play those songs.' Finally, we've gotten the ability to do that. The dynamic in this band is really supercharged to go out and play and be QUEENSRŸCHE." 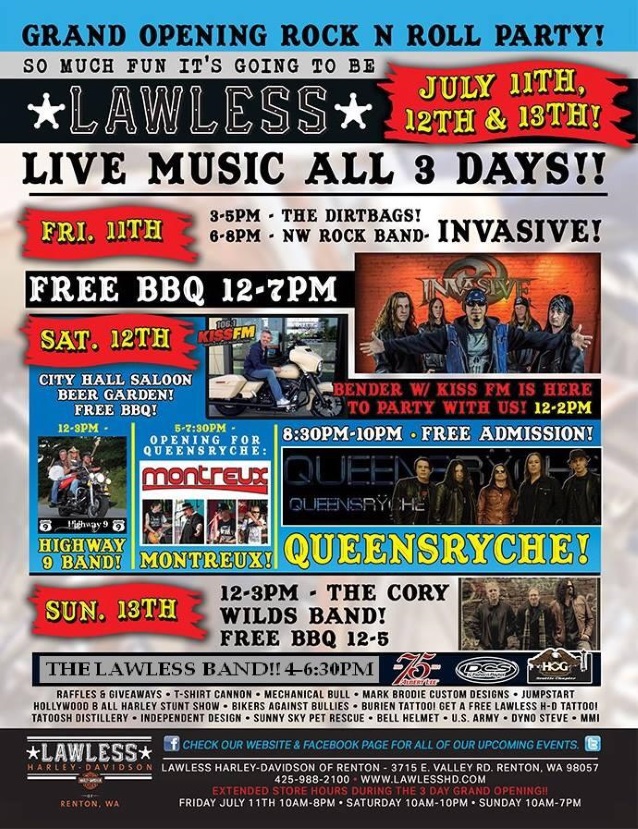