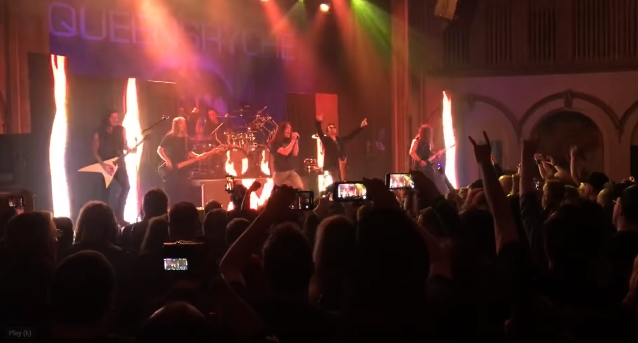 QUEENSRŸCHE was joined by FATES WARNING singer Ray Alder on stage at the Neptune Theatre in Seattle, Washington to perform the classic QUEENSRŸCHE song "Take Hold Of The Flame". The April 3 concert marked the final show of the two bands' joint U.S. tour. Fan-filmed video footage can be seen below.

For the past two years, drummer Scott Rockenfield has been taking time off from QUEENSRŸCHE's touring activities to spend time with his young son, who was born in early 2017. Filling in for him is former KAMELOT drummer Casey Grillo.