"Lo Sound Desert", the video documentary about the Californian Desert music scene, which gave birth to bands like KYUSS, FU MANCHU, QUEENS OF THE STONE AGE and more, will finally be released worldwide this summer on July 1 via Monoduo Films. A decade in the making by filmmaker Jörg Steineck ("Truckfighters"), "Lo Sound Desert" is the definite music documentary about desert rock.

What was started by revolting punk rock kids throwing parties in the middle of the desert — hidden from narrow-minded authorities of suburban America in the early '80s, became a movement over the years.

"If my opinion matters, this film is very authentic," said Bjork.

"Outstanding! One of the rare rock documentaries that will survive," added Lalli.

From endless jams in unconditioned rehearsal garages to wasteland venues to smoked-up European backstage rooms: desert rock, a specific vibe of pure analog rock music, was fostered by the beauty of a surrounding that naturally provides a lot of space. Until nowadays it continued its slow-moving underground spread and became international treasure. In a way desert rock never reached extreme popularity like simultaneously grown, commercially hyped grunge rock in the early '90s. But it still seems to be around and inspires new generations of rock bands to carry on.

On July 1 and with the help of U.K. promoters Desertscene and Desertfest they're celebrating "Lo Sound Desert"'s release and the London premiere with a screening of the long two-part version (including bladder-friendly intermission) at one of the Desertfest locations, The Black Heart, featuring bands live on stage after the screening and a getting out of hands DJ party afterwards. 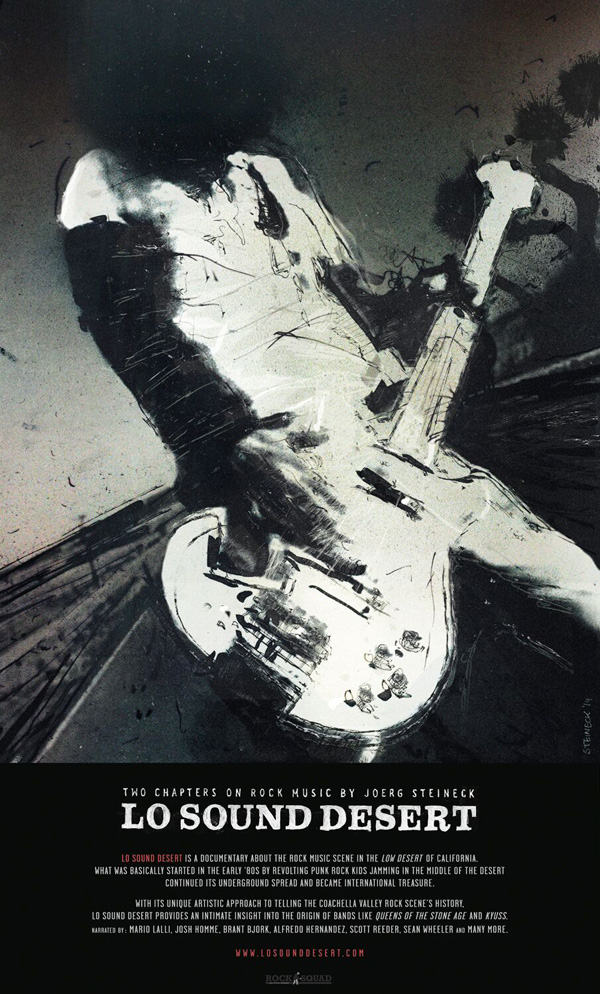