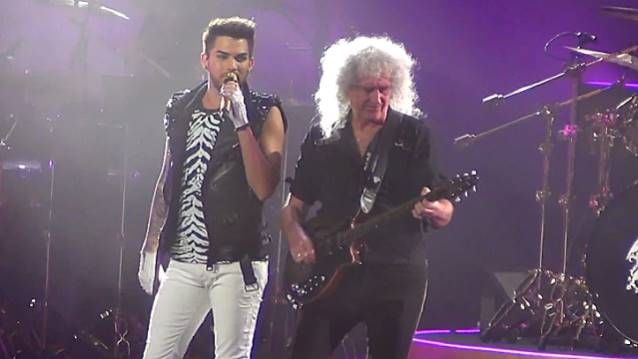 According to The Pulse Of Radio, QUEEN guitarist Brian May has said in a new interview that the band's recent shows with Adam Lambert on lead vocals has given the veteran act a new lease on life. May explained, "There's a big call to do more shows now. So, there's a good possibility that we will do more shows. I think, beyond that, we'll just see.”

May added that Lambert has "woken us up, and just in time." May and fellow founding member Roger Taylor told Rolling Stone in a recent interview that they might be interested in making new music with Lambert.

May said about the band's latest live shows, "It's a great place to be; I feel so fortunate to be going out there. I never thought it would happen again… To come back now, all of these years later, and to fill those places and to hear that noise. That's vindication for the fact that we should be playing, we should be out there."

May and Taylor also toured intermittently with BAD COMPANY frontman Paul Rodgers on vocals between 2004 and 2009.