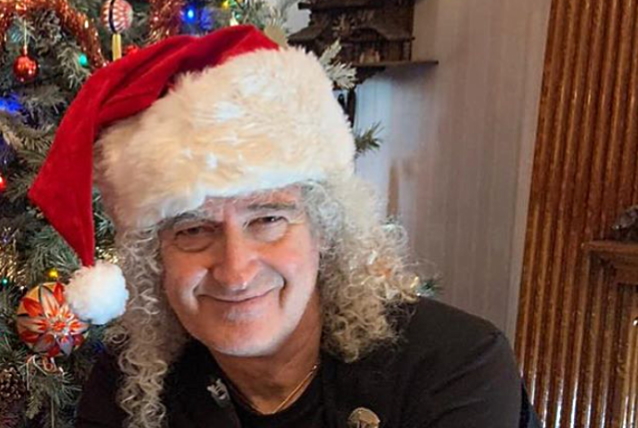 QUEEN icons Brian May and Roger Taylor today posted their personal Christmas messages to fans worldwide with the gift of a new specially created animation film for the band's "Thank God It's Christmas" track originally released in November 1984.

"Thank God It's Christmas" was a rare song writing collaboration between Roger and Brian. The song spent six weeks in the U.K. charts over the Christmas/New Year period 1984/1985. It enjoyed a second lease of life Christmas 1995 coupled with the hit single "A Winter's Tale" from the "Made In Heaven" album. Here the track receives a fully animated treatment.

The concept for this new animated film came directly from Brian and Roger who explain their thoughts behind it, with Roger saying: "Ironically, Christmas tends to be such a stressful time for so many of us. So many emotions, joyful memories of past Christmases as delighted children and responsible adults / parents. It's just a great relief when it finally happens."

Brian adds: "The video goes a little further by including a subtle reminder that we as humans now need to feel a responsibility for the welfare of ALL creatures on Earth — not just for our own benefit, and that of our grandchildren, but out of respect for the rights of the animals themselves."

Working with Brian and Roger, the film was directed and animated on their behalf by Justin Moon and executive produced by Drew Gleason for production company °1824.

The new "Thank God It's Christmas" film is available to enjoy in two versions: lyric version and the original version.